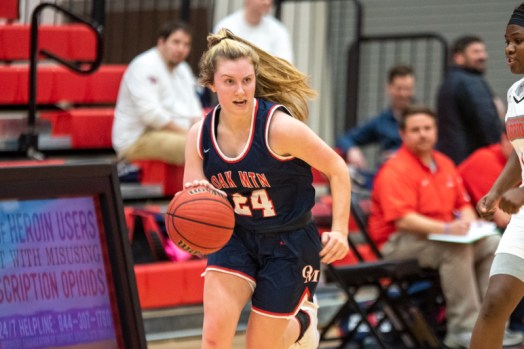 The Oak Mountain girls basketball team improved to 2-1 in area play on Tuesday, Jan. 14, thanks to a strong road win over Thompson. (Reporter photo/Keith McCoy) 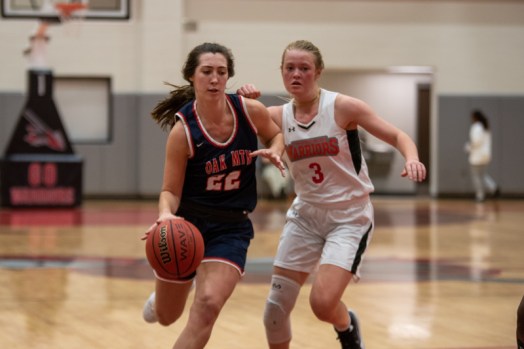 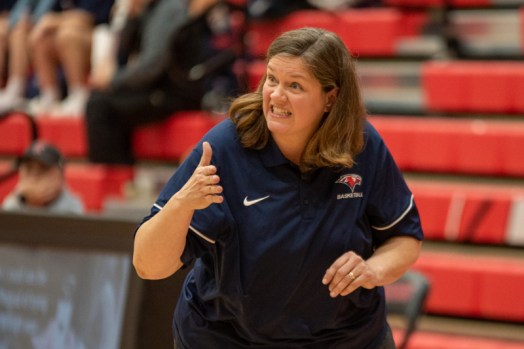 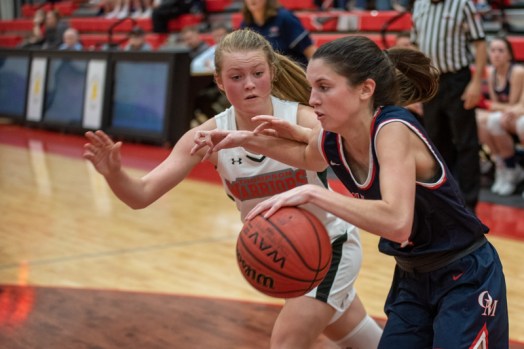 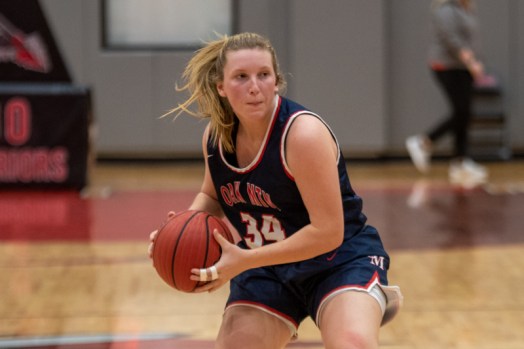 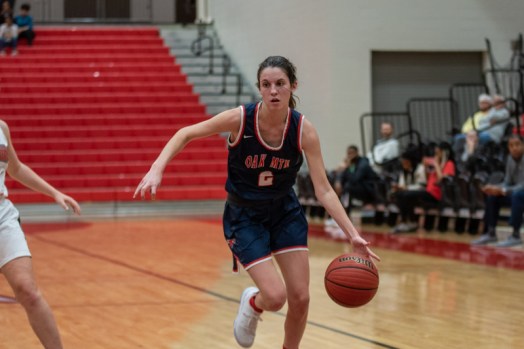 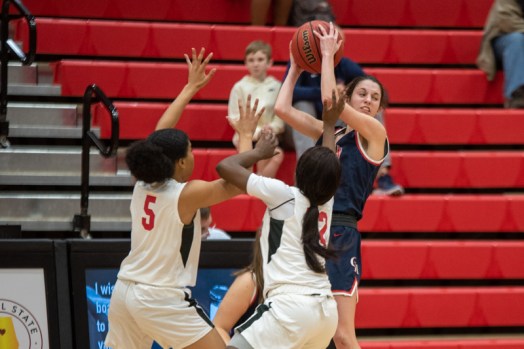 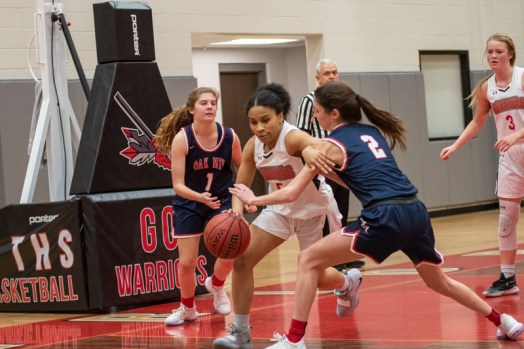 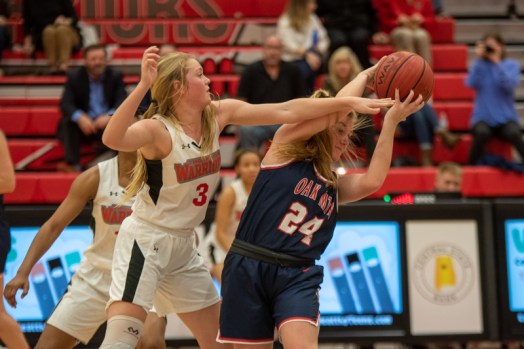 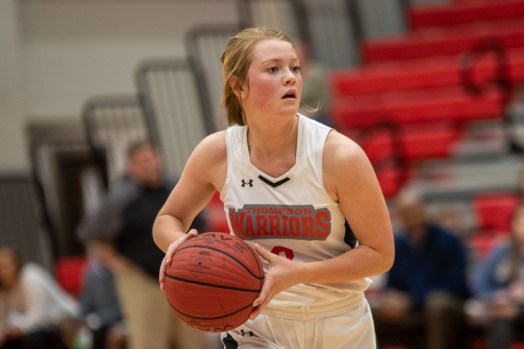 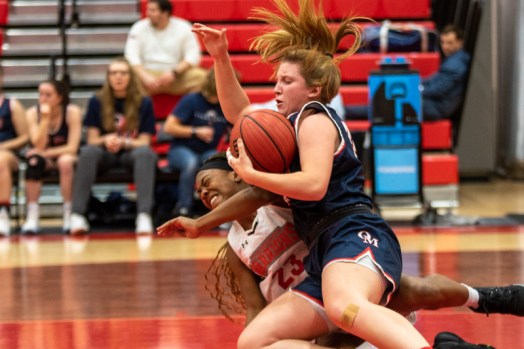 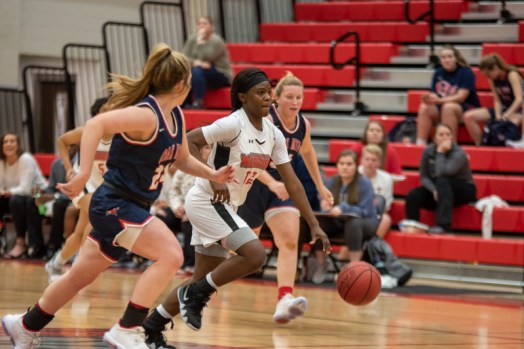 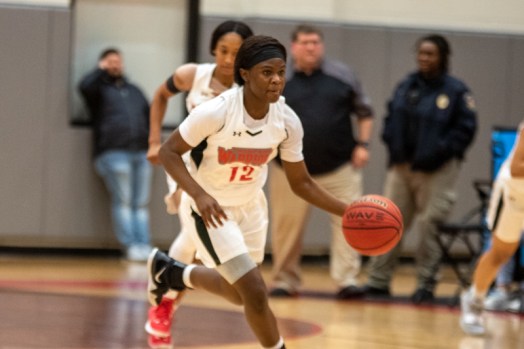 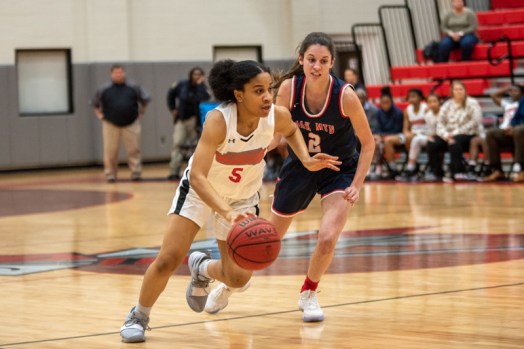 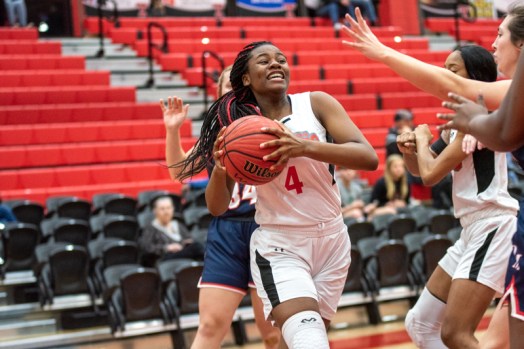 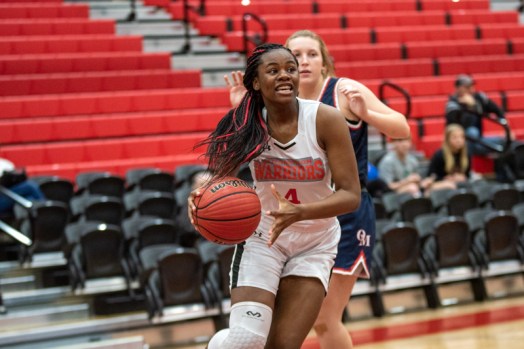 ALABASTER – The Oak Mountain Lady Eagles got a much-needed area road win against the Thompson Warriors with big possible implications for the playoffs.

The win moves them to 2-1 in the region with three area games remaining. Both teams had beaten Tuscaloosa County and lost to Hoover so this win inches Oak Mountain that much closer to the two seed in the area tournament.

The two teams struggled from the field for much of this one, particularly in the first half. The Eagles and Warriors battled to a 7-4 score by the end of the first quarter, as Oak Mountain dominated the boards grabbing several offensive rebounds, which led to second chance points. Taniyah Smith was particularly effective in the paint throughout the night.

Thompson (10-11,1-2) picked up its pace in the second quarter and was able to force several turnovers due to its aggressive defensive approach.

Junior guard Lindsey Cook had a great half with 10 of the Warriors’ 16 points before halftime, as Thompson drew a 16-16 tie at the half.

Oak Mountain (6-13, 2-1) took over in the third quarter with a strong defensive performance allowing only one basket from Thompson in the period.

The Eagles were strong on the boards again and didn’t allow any second chance points as well as they outscored Thompson 11-3 in the quarter.

Abby Gordon and Julia Tucker each hit big threes for the Eagles, and Riley Sullivan came up with several big steals in the second half to keep Oak Mountain’s lead intact.

Thompson made a big push in the fourth quarter closing the lead to three, but Smith was big again, scoring baskets in the middle to keep the Warriors out of arms’ reach.

Oak Mountain will host Hoover Friday, Jan 17 starting at 6 p.m. Thompson head out on the road to play Hueytown on Thursday, Jan 16 at 6:30 p.m. and then play at Tuscaloosa County on the 17th at 6 p.m.