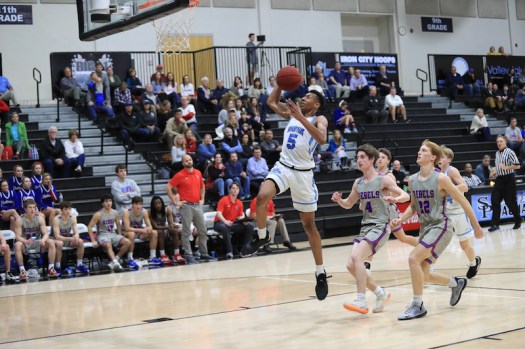 The Spain Park Jaguars picked up their first area win on Tuesday, Jan. 14, thanks to strong free throw shooting in the final quarter. (For the Reporter/Dawn Harrison) 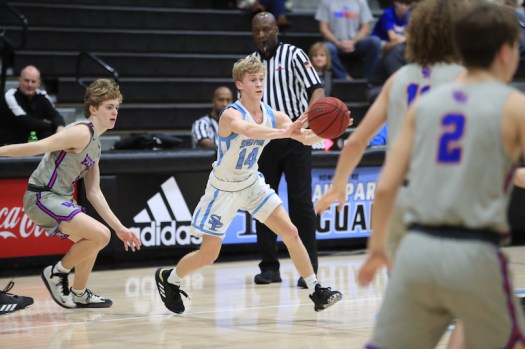 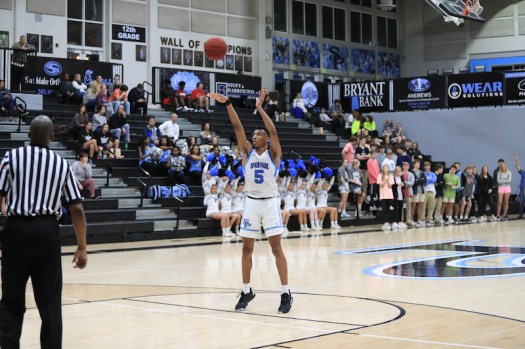 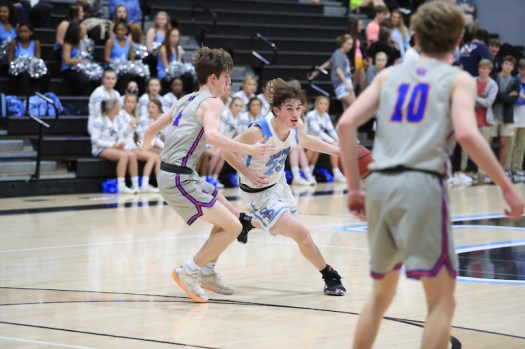 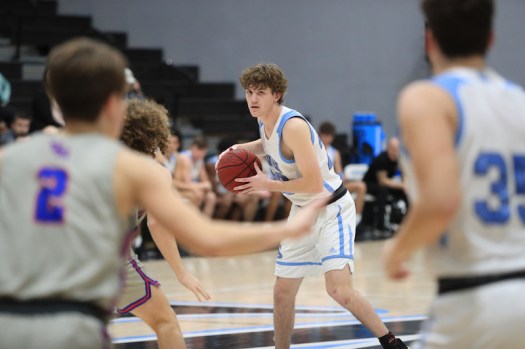 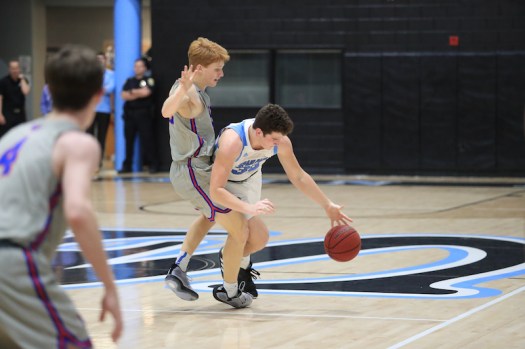 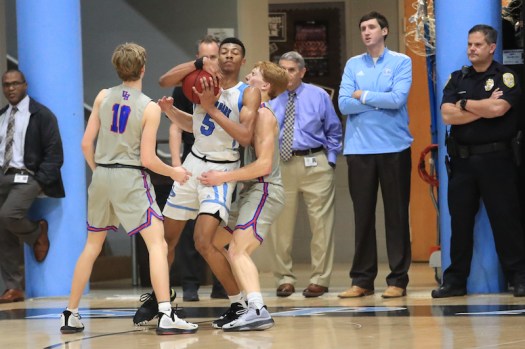 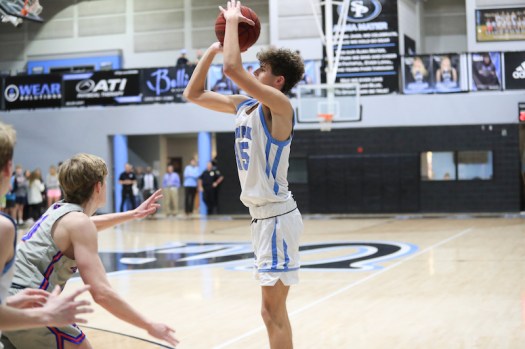 HOOVER – The Spain Park boys basketball team picked up its first area win of the season and improved to 12-8 overall on Tuesday, Jan. 14, after taking down Vestavia Hills 47-38 in a game the Jaguars led throughout.

A big reason for the victory was the free throw shooting of the Jags in the final quarter of play. They hit 13 of their 17 free throws in the fourth quarter, including an 8-9 mark from Cam Crawford, who posted 10 of his game-high 17 points in the period.

Vestavia, on the other hand, only made two of its 10 free throws in the final quarter of play, which kept the Rebels from having a chance in the closing seconds in a nine-point loss.

But overall, it was Spain Park’s defense that got the job done, particularly in the opening two quarters. The Jags came out and limited Vestavia Hills to seven points in each of the first two periods, while the offense got off to a strong start.

Offensively, Josh Harrington and Braden DiClemente were big in the first quarter with three combined threes. Harrington knocked down two for six points, while DiClemente hit one 3-pointer and another basket to post five points. Those two combined for 11, while the Jags got 15 as a team in the period.

The second quarter was much more of a defensive battle between the two teams, but one 3-pointer apiece from Crawford and Jax Hovanec, as well as a jumper from J.R. Lambert, helped the Jags score eight more points to outscore the Rebels by one.

The defense stepping up in the second quarter for Spain Park helped the Jags extend the lead to 23-14 heading to the halftime break.

Coming out of the break, that defensive battle continued between the two teams, as the Rebels seemingly had figured out the recipe to keep the Jags at bay.

They held Spain Park to single digits for the second quarter in a row at nine points, but the Jaguars’ defense held Vestavia to 10 or less for the third consecutive period, as the Rebels couldn’t capitalize on the defensive effort with just 10 points.

The Rebels had cut into the deficit by one point, but the Jags still held a 32-24 lead heading to the final period, and in a defensive game, it seemed improbable Vestavia would find enough offense to overcome the eight-point deficit.

However, the Rebels did have their chances to attempt a comeback in the fourth quarter as the game shifted to a more physical nature that saw the teams head to the free throw line often.

And while the Rebels posted their best offensive quarter of the game with 14 points, they were unable to capitalize on their 10 free throws. That led to the Jags outscoring them yet again with a 15-point period to ice the game.

Outside of Crawford’s 17 points, Harrington, Hovanec, DiClemente, Lambert, Jacob Jenkins and Austin Hutcheson all had at least four points in a balanced effort for Spain Park.