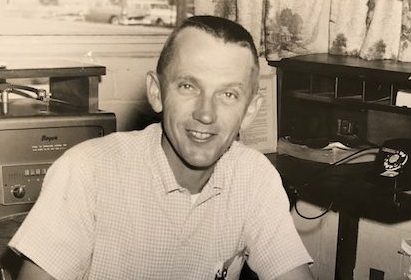 Knowles at his desk during his tenure as principal at Thompson High School. (Contributed)

SHELBY SHORES – A distinguished veteran and former educator in Shelby County passed away earlier this month at 93 years old, leaving family members and colleagues with memories of his leadership, work ethic and generosity.

Charles Allen Knowles was a longtime fixture in the local school system. He started as a vocational agriculture teacher at Thompson High School in 1951, was named principal at THS in 1967 and became the first director of the Shelby County Area Vocational Center in Columbiana before he was elected superintendent of Shelby County Schools in 1978. 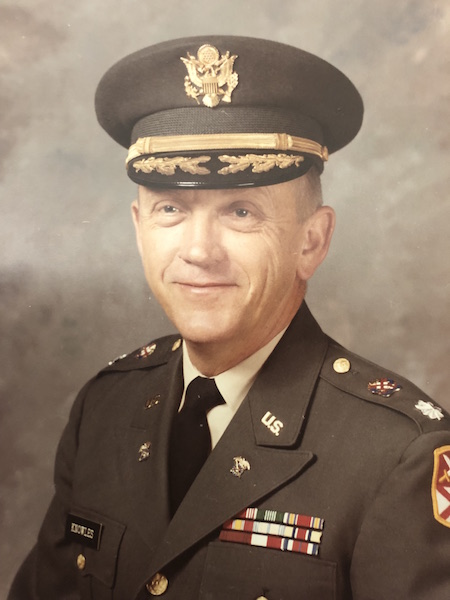 Charles Knowles became a charter member of the first Army National Guard Unit in Shelby County, remaining active in the Guard until 1986, when he retired as a full colonel. (Contributed)

“He made some changes that needed to be made in our educational system in those years that are probably still in effect today,” said Evan Major, who served as assistant superintendent during Knowles’ sole term as superintendent. “He was definitely a very strong, very caring and compassionate leader.”

Knowles retired from public education after his term in office, but he continued to support people like Major in their own leadership roles.

“During my term, he and I occasionally had a chance to get together,” Major said. “He was always very supportive of me while I was superintendent as far as giving encouragement as someone who had been there. He was a good mentor and somebody you could discuss an issue with. We were colleagues, and we were friends.” 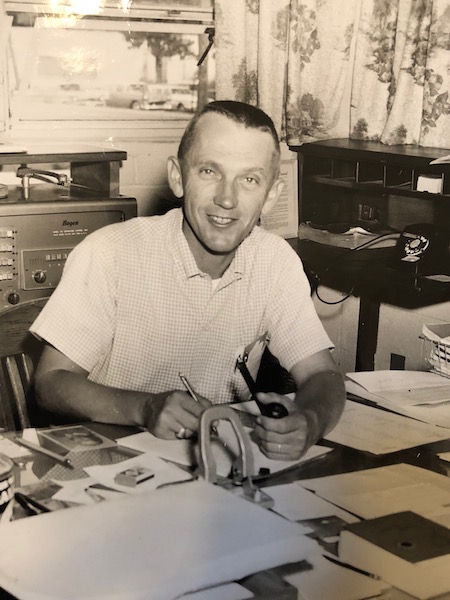 Knowles at his desk during his tenure as principal at Thompson High School. (Contributed)

Linda Major, Evan’s wife, worked as a business education teacher at THS when Knowles was the principal, and described him as “a wonderful man to work for.”

“He made me the teacher that I was,” Linda said. “He was always kind and strict, but you knew where to land. If you were innovative, he loved that.”

During Knowles’ time at THS, he also became a charter member of the first Army National Guard Unit in Shelby County, remaining active in the Guard until 1986, when he retired as a full colonel. 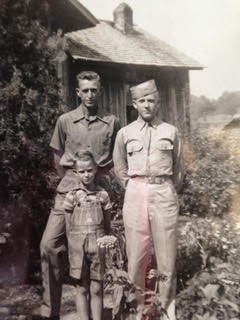 His military involvement started early. Knowles attended Calera High School and enlisted in the Army Reserve as a 17-year-old in 1943. After graduating in 1944, he was assigned to the United States Army Specialist Training Reserve Program and remained in training until his Army discharge in 1947.

He enrolled in Alabama Polytechnic Institute, now Auburn University, and graduated in 1949. He taught vocational agriculture in Manchester, Tennessee, prior to coming to THS in 1951.

“I’ve known him for years, and I can’t say enough nice things about him,” Columbiana Mayor Stancil Handley said. “He taught me to be kind to others. He was a person that I greatly admire.”

Knowles’ wife, Carolyn Barton Knowles, shared fond memories from a cross-country trip the couple took to Alaska and other states they wanted to visit after they had both retired.

“He would wave goodbye to me in the morning, and then get on the boat and go fishing,” she said. “He loved Cedar Key, Florida. We went down there at least once if not twice a year. That was his favorite place other than rivers around here.”