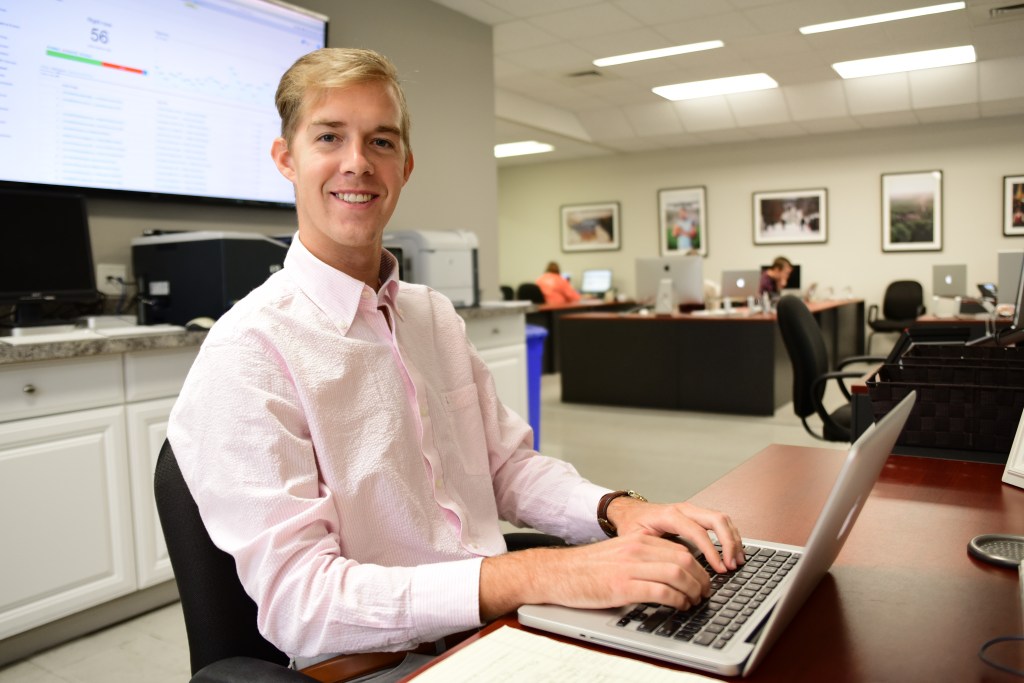 Alec Etheredge has been named Managing Editor at Shelby County Newspapers, Inc. Etheredge joined the newspaper as a staff writer in 2016 and was promoted to a sports reporter role later that year. A year later, in November 2017, he was promoted to sports editor—a position he has held since.

Etheredge is a Shelby County native and a graduate of Spain Park High School and the University of Alabama, where he earned a bachelor’s degree in journalism.

“Alec has made substantial contributions to our organization over the past several years,” Daniel Holmes, General Manager of Shelby County Newspapers, Inc. “He has covered every community in our county and we are confident he will excel in this role. He’s a natural leader and I look forward to seeing first hand the ways he will help us improve the ways we serve our community and its citizens.”

Etheredge and his wife, Sabrina, live in Shelby County. Sabrina is an Oak Mountain High School graduate and an elementary school teacher in the Shelby County Schools system.

“I’m excited to oversee an award-winning editorial staff,” Etheredge said. “Over the last four years, I’ve seen how hard our staff works as a group to help publish the best local newspapers in the state. Now, I get to play an integral role in helping that continue.”

In his role as sports editor, Etheredge was in charge of covering high school sports for 16 different schools. While he’ll continue to cover local sports throughout the county, he will also guide all coverage of all other facets of Shelby County news.

“It’s an opportunity I don’t take lightly,” Etheredge said. “As a sports editor, my main goal was to give local schools and athletes the best coverage of anyone in the state. That is the mindset I will take into this new role. As I continue to be passionate about our sports coverage, I now have the opportunity to help provide in-depth news coverage for Shelby County.”