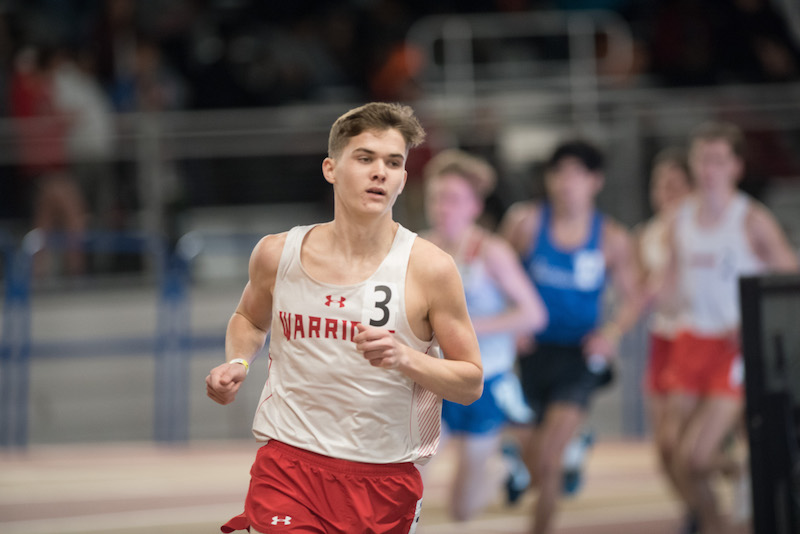 BIRMINGHAM – As we near the end of the regular season for indoor track and field, teams are starting to find a rhythm ahead of the state meet, as they look to fine tune their skills for a strong run at a state title.

That was no different on Wednesday, Jan. 15, as Thompson, Oak Mountain, Pelham and Helena competed at the 2020 Hump Day Octameet held at the Birmingham CrossPlex.

At the event, several teams and individuals put together impressive performances, but nobody was quite as impressive as the Thompson Warriors.

Jones, who also finished second in the 800-meter run, took the top spot in the 1,600-meter run with a time of 4:13.89. While he was solid in the distance run, Reynolds flashed his speed in the 60-meter dash with a first-place finish behind a time of 6.95 seconds.

Aaron Brooks also continued a strong season, as he finished second in both the 60-meter dash and 400-meter dash with times of seven and 51.34 seconds, respectively.

Evie Bell was the strongest highlights for the girls with a finish of fourth in the 800-meter run thanks to a time of 2:25.84.

The Pelham Panthers saw three different podium finishers, while Erin Long was the highlight of the day.

Long won the 60-meter hurdles with a dominant time of 9.57 seconds, while she also finished second in the triple jump, third in the high jump and fourth in the long jump.

Beyond that, Brayden Marlowe and Adia Hasty added podium finishers for the Panthers. Marlowe claimed third in the 60-meter hurdles with a time of 8.97 seconds, while Hasty finished third in the shot put with a distance of 30 feet, 11.5 inches.

Helena’s performance at the meet was also a strong won, as the Huskies had three winners and several podium finishers.

Brady Barton, T.J. Funches and Allison Tanner were the three winners of the day. Barton took home the 3,200-meter run with a time of 9:43.59, which was just more than a second faster than second place.

In addition to that, Brooklynn Kirksey claimed second in the 400-meter dash with a time of 59.50 seconds. She was one of two runners in the event to finish in less than a minute. The Huskies also claimed third in the girls 4X200-meter relay.