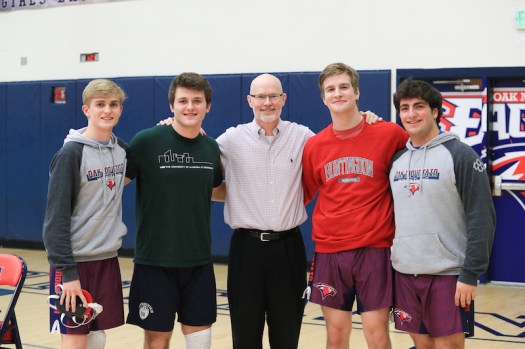 Oak Mountain head coach Steve Burrough stands with his four seniors ahead of a big week of duals action. (For the Reporter/Dawn Harrison) 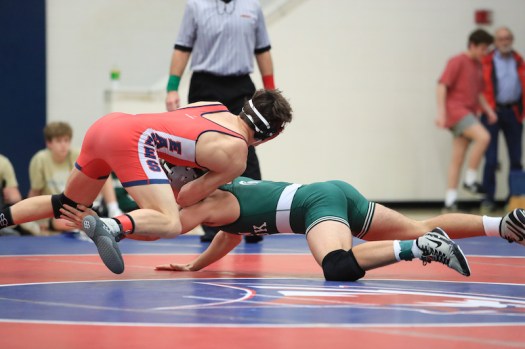 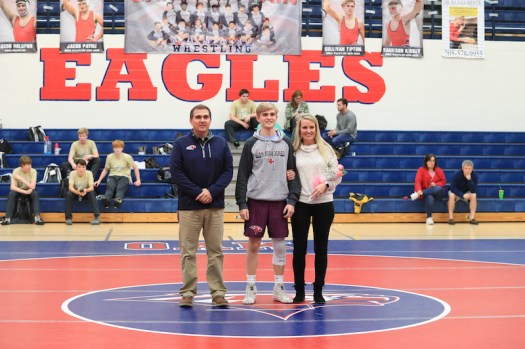 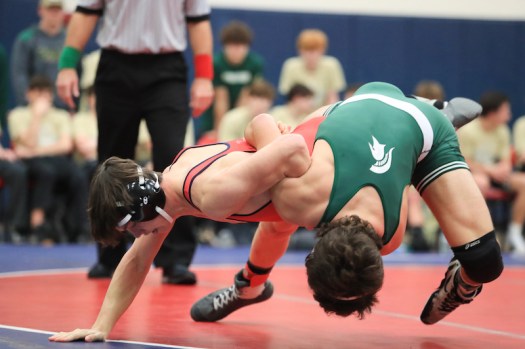 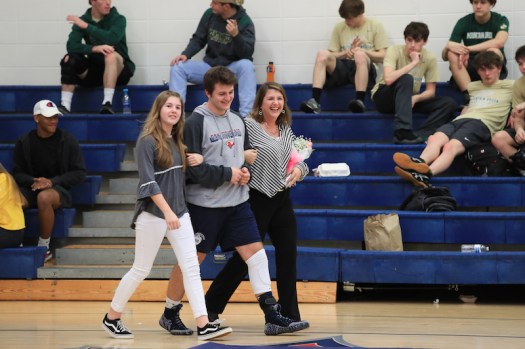 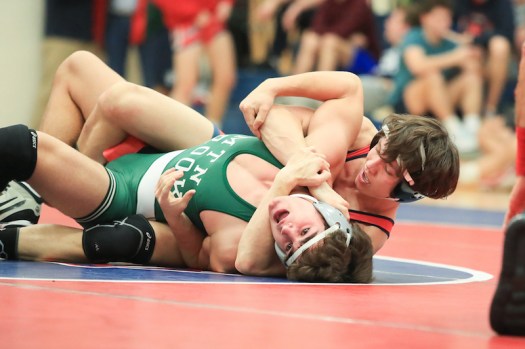 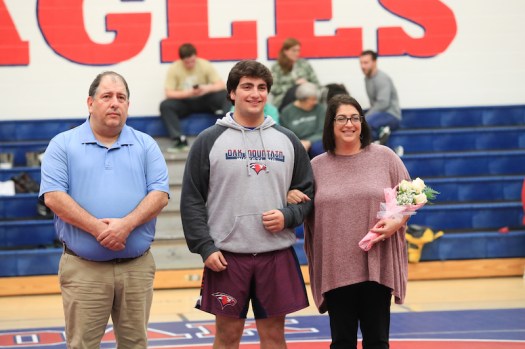 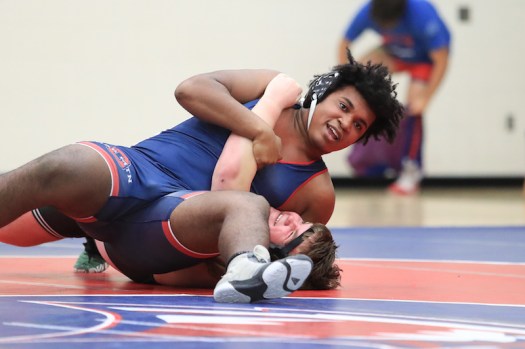 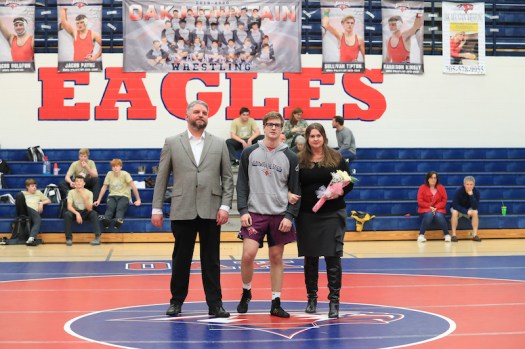 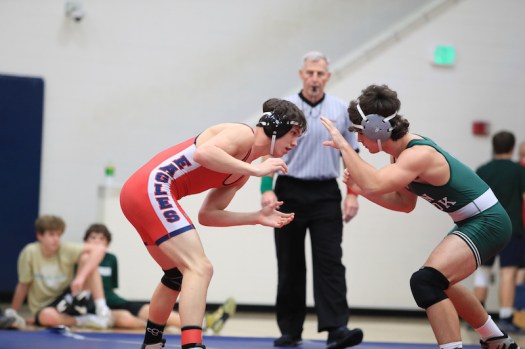 The Oak Mountain wrestling team hosted Mountain Brook High School on Tuesday, Jan. 14, in a dual match that not only honored the Eagles’ senior wrestlers, but gave them great practice for the quarterfinals of the state duals tournament two days later.

In the match with the Spartans, the Eagles put forth a dominant effort with a 48-14 victory that gave them all the confidence they needed heading into the dual with a solid Auburn team on Thursday, Jan. 16.

Against the Tigers, Oak Mountain took advantage of that confident boost, and despite some inconsistency at times this season, the Eagles proved they were wrestling their best at the right time of the season with a 51-21 victory.

“This group of seniors, just like all my previous seniors have earned my respect,” head coach Steve Burrough said. “They have preserved through the mental and physical grind that wrestling required of them. They overcame every obstacle placed in front of them. I’ll be forever grateful for their commitment to their teammates and to Oak Mountain wrestling. As they head toward adulthood, I hope they understand what they have accomplished, not in wins and losses, but the investment they made in themselves.”

Mountain Brook had an obstacle to overcome before it ever stepped foot on the mat against the Eagles in the first of the two matches during the week for Oak Mountain as they forfeited three weight classes. That automatically gave the Eagles an 18-point head start that the Spartans were never able to surpass.

The Eagles got pins from Ausin Buird, Elijah Carlisto and Caleb Webb in the event, while Camden Tipton, Sullivan Tipton, Caden Avans and Zach Hauck all picked up decision victories.

All seven of those wrestlers played a major role in the win, while Oak Mountain also didn’t have to forfeit a single weight class.

Two days later, the Eagles were back at it and as confident as they have been all season. That showed early and throughout the matchup with Auburn.

The first four weight classes saw the two teams in a tight battle. Auburn won the 115-pound weight class with a 2-0 decision. Oak Mountain, however, got wins from Buird and Carlisto in the 122 and 128 weight classes. Buird picked up a pin, while Carlisto got a slim 2-1 decision win.

Auburn responded in the 134-pound weight class with a pin of its own. At that point, the score was 9-6 in favor of Oak Mountain.

But after those first four weight classes, the Eagles put together a strong run with wins in the next five in a row.

The rest of the way, Auburn was only able to pick up two more wins, and while both were pins, it wasn’t nearly enough.

With the win over Auburn, Oak Mountain advanced as one of the final four teams in the state duals’ tournament. The Eagles will now take on state power and county foe Thompson on Tuesday, Jan. 21.