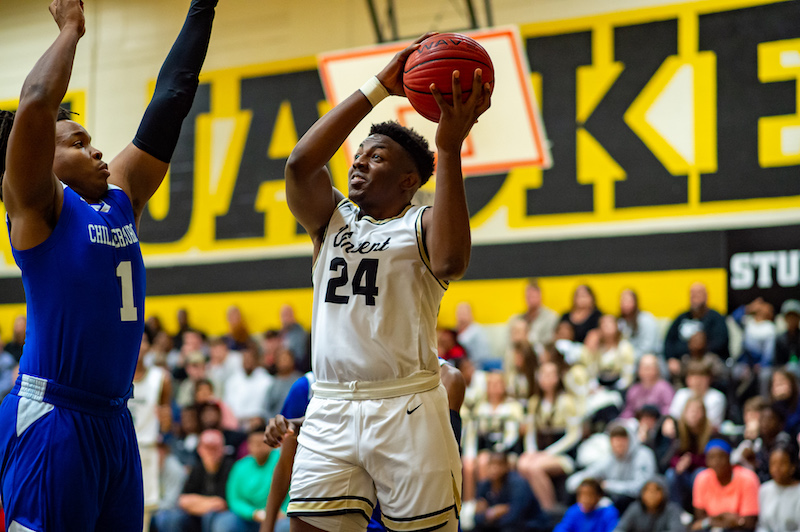 Vincent improved to 18-2 overall and 4-0 in area play with a win against Altamont. (For the Reporter/Larry Dancy)

VINCENT – The Vincent Yellow Jackets used a dominant 17-2 opening quarter against visiting Altamont to create all the separation they needed in a 60-39 area victory on Friday, Jan. 17.

The Jackets scored at least 15 points in each of the first three quarters, and never let Altamont score more than 14 points in any quarter of the game.

With the win, Vincent not only improved to 18-2 overall, but won its fifth in a row and 14th game in the last 15 contests. The Yellow Jackets also improved to 4-0 in area play.

In the opening quarter, Vincent was as efficient as it had been all season. The Yellow Jackets made seven of their 11 shots in the period, including 5-7 on jumpers and 2-4 on 3-pointers.

But most impressive was the defensive effort they put forth. They held Altamont to 1-12 on all field goals in the period, which was more than enough to help the Jackets open up a 15-point lead at the end of the quarter.

In the second period, Altamont looked better offensively and posted 12 points, but Vincent still controlled the game. The Yellow Jackets eventually grabbed a 20-point advantage at 32-12, before then taking a 32-14 lead into the half.

Coming out of the break, Vincent kept the pressure up on both sides of the ball and eventually took its largest lead of the game at 22 points early in the quarter.

The Jackets played with that large lead throughout the quarter and were able to extend their lead to 47-25 lead into the final quarter.

In the fourth, Altamont ended up putting together its best quarter of the game with 14 points offensively and 13 points defensively, but the Yellow Jackets were content with controlling the clock and limiting the opportunities for the visitors.

Vincent went on to shoot poorly in the period at 2-10 on jumpers, but the Jackets ended draining two 3-pointers and hit three of their four free throws to help cement the dominant win.

With one more area win, Vincent will lock up hosting the area tournament.