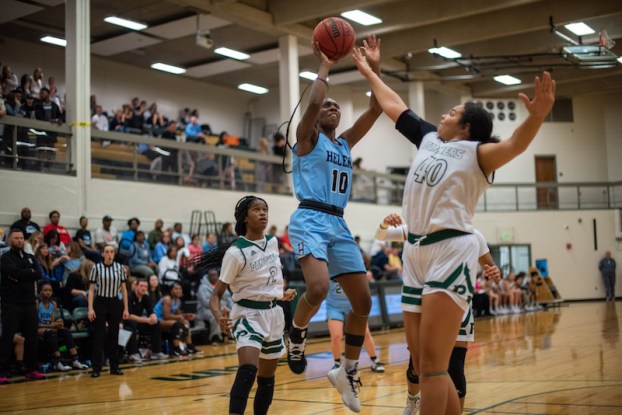 HELENA – After dropping their first area game of the season on Jan. 14 against Chelsea, the Helena Huskies girls basketball team got a nice bounce back win over Calera, taking care of the Eagles 58-46 on Friday, Jan. 17.

Helena’s Montana Harris led the way with 17 points and the Huskies used a big second quarter to pull away for their third area win of the season.

Helena and Calera both opened the game with balanced scoring as the two teams ended the quarter tied 14-14.

In the second quarter, however, Helena stepped up big defensively holding Calera to just five total points. On the other end of the floor, Helena had six players record at least one point as the Huskies went into halftime on a 18-5 run to take a 32-19 lead.

Calera began to climb back into the game in the third quarter by outscoring Helena 18-11. The Eagles were led by Treasure Davis who scored 10 points in the quarter and led all scorers with 20 points.

Helena held a slight 43-37 lead entering the fourth quarter, and the play of Kya Gardner helped the Huskies pull away in the final quarter.

By NATHAN HOWELL | Special to the Reporter Helena – An expansion project aimed at widening the heavily trafficked Morgan... read more