Barker scores 37 to lock up hosting rights for Spain Park 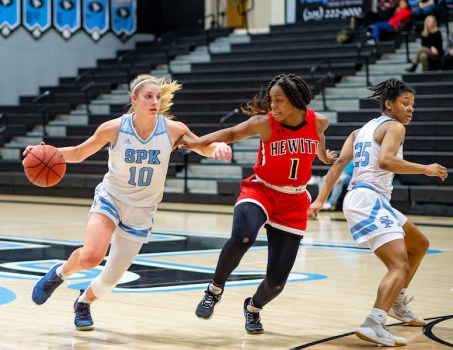 Spain Park’s Sarah Ashlee Barker drives by a Hewitt defender in a game she posted 37 points in to lead the Jags to a 65-49 win. (For the Reporter/Larry Dancy) 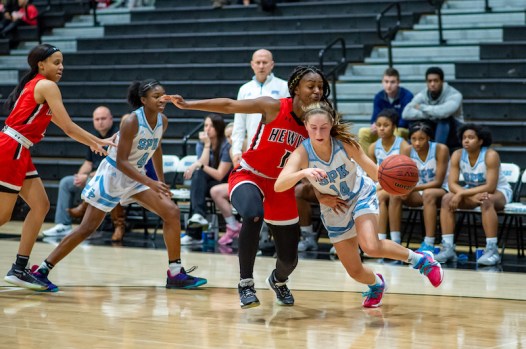 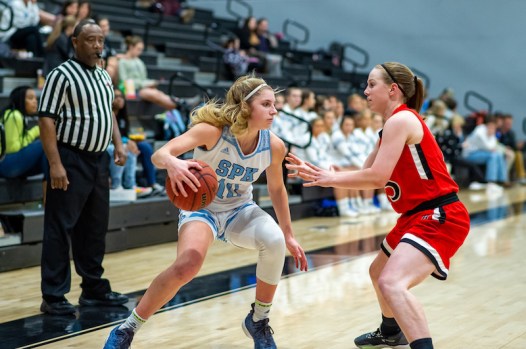 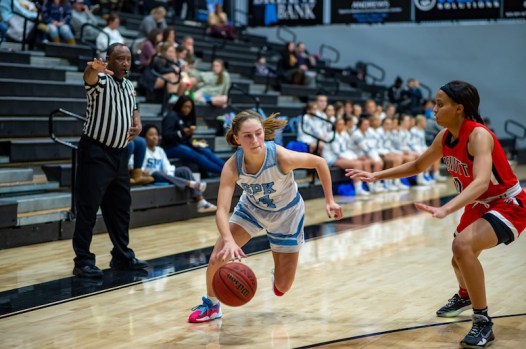 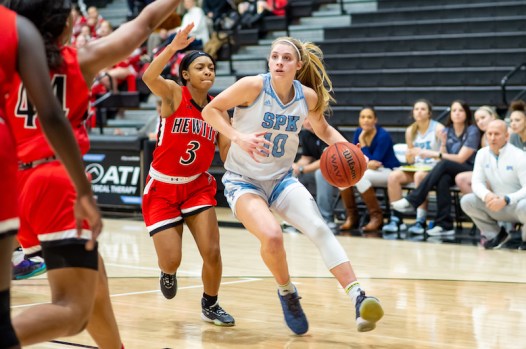 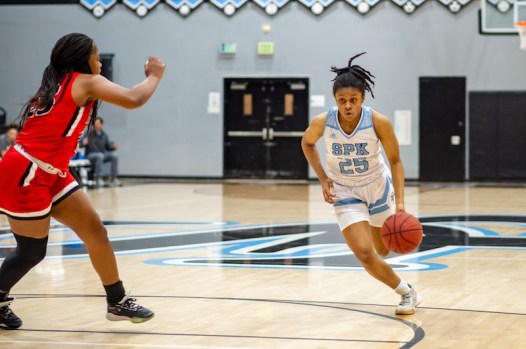 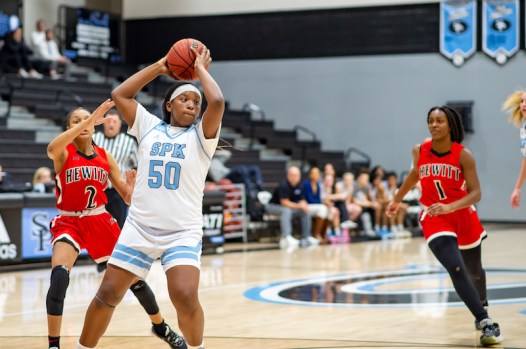 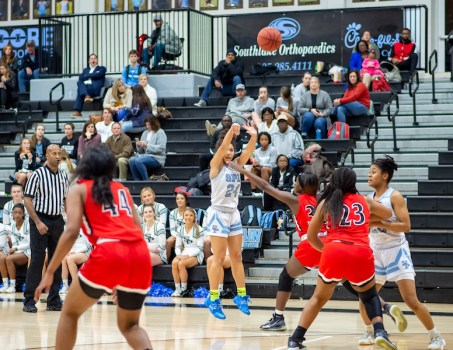 HOOVER – On a night where Spain Park Jaguars could lock up the right to host the area tournament and against the team that knocked them out of the playoffs, Sarah Ashlee Barker had a little extra energy to let out.

The senior standout for the Jags not only led her team to a dominant 65-49 victory over Hewitt-Trussville on Tuesday, Jan. 21, but did so by scoring more than half of her team’s points with 37 to lead all scorers.

Barker scored at least seven points in every quarter of the game and posted nine or more in three of the four quarters.

Her dominant night started in the opening period of play when she posted 10 points, which outscored the Huskies by herself. Hewitt only posted nine points in the quarter, while Barker also got help from her teammates with a 3-pointer from Avery Masdon and jumpers from Katie Flannery and Camille Chase to give the Jags (23-3, 5-0) a 17-10 advantage at the end of one.

Mackenzie Culpepper, Flannery, Haley Russell and Alanah Pooler each had at least one made shot in the period to help the Jags post 18 points in the period, while the defense did enough to help them continue to extend the lead.

The Huskies were able to start earning trips to the free throw line in the period, which became a theme the rest of the night, but Spain Park’s physical style of defense held them to 12 points. That allowed the Jaguars to carry a 35-22 lead into the half.

Coming out of the break, Barker found her rhythm again, which led to her best quarter of the night. She knocked down both of her free throw attempts, hit three field goals and added one 3-pointer in the impressive frame.

Masdon added a 3-pointer and Flannery a jumper to help the Jags post 16 points in the period.

While the Huskies’ offense continued to improve thanks to a strong free throw shooting quarter that saw them drain nine of 10 from the line, they still couldn’t outscore the Jags at just 14 points.

That allowed Spain Park to carry a 51-36 advantage into the final period of play.

In the final quarter, Spain Park posted its lowest total of any quarter in the game, but Barker posted nine more by herself, while Masdon hit another 3-pointer and Culpepper a jumper.

That still led to 14 points, which is all that Hewitt could muster up for the second period in a row, which didn’t help in erasing the 15-point deficit.