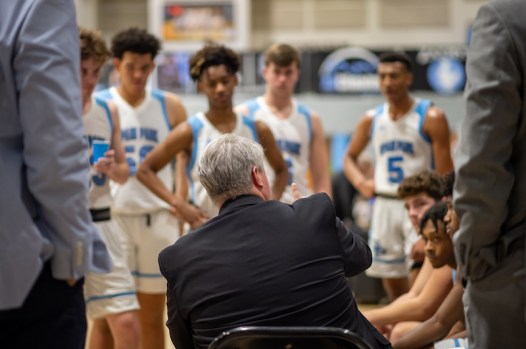 Spain Park head coach Chris Laatsch talks to his team during a timeout against Hewitt-Trussville in a game he picked up his 400th win. (For the Reporter/Larry Dancy) 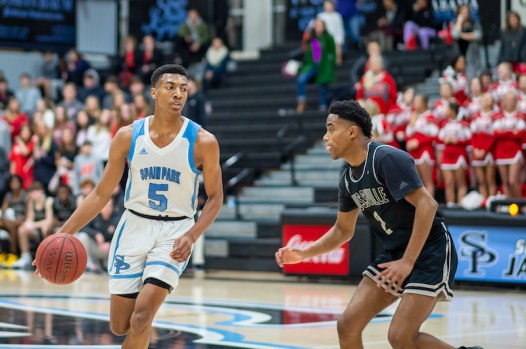 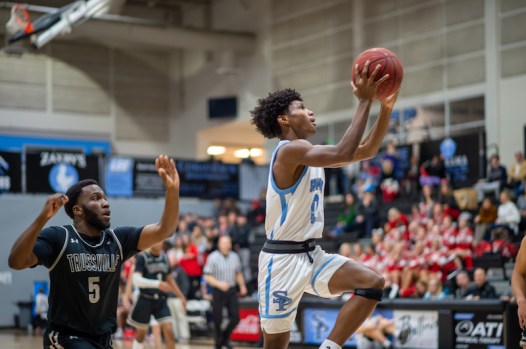 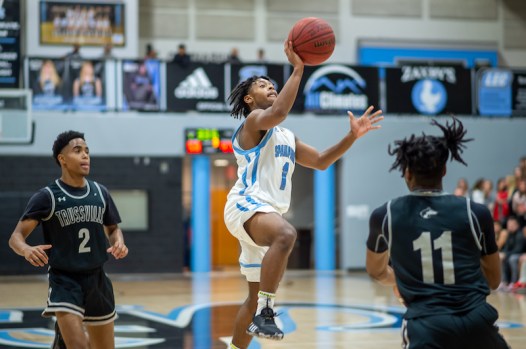 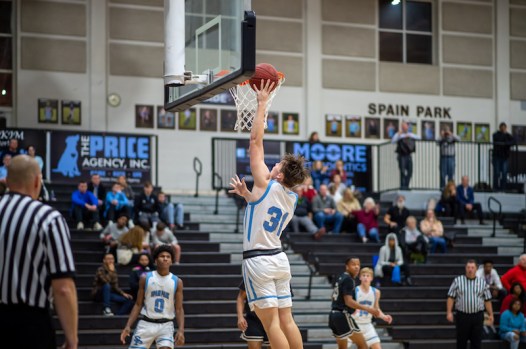 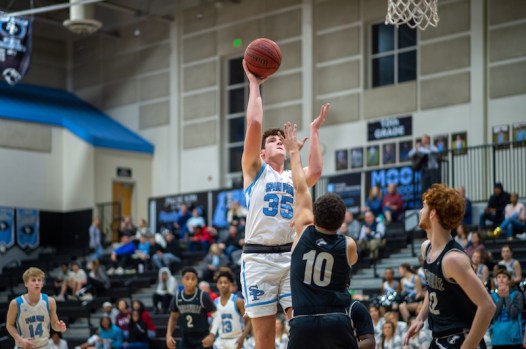 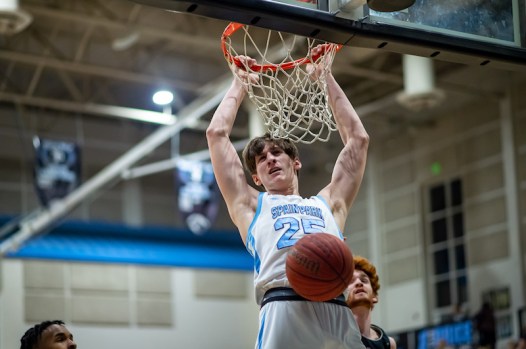 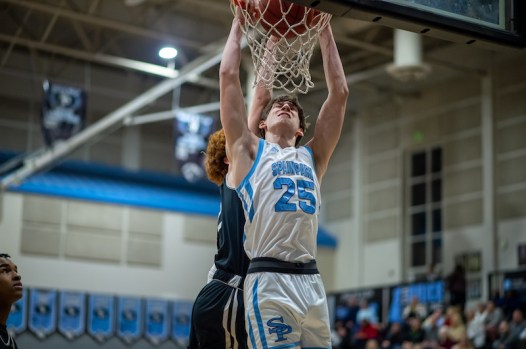 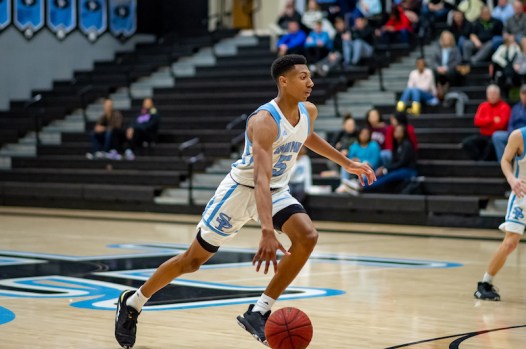 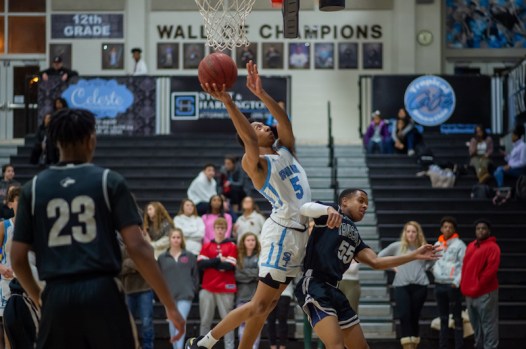 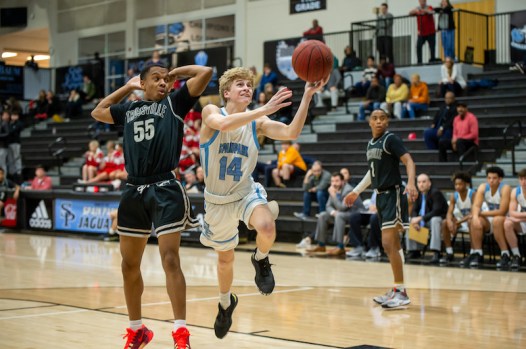 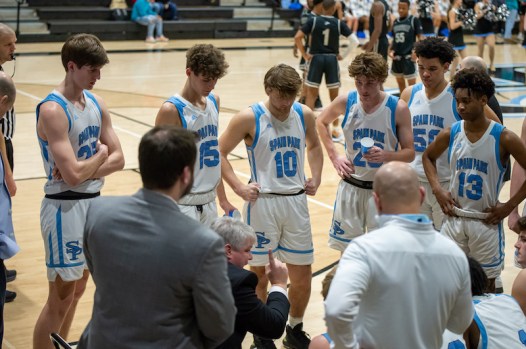 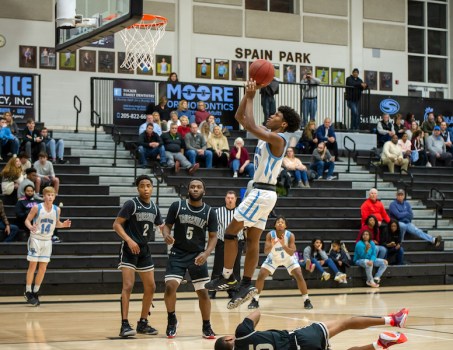 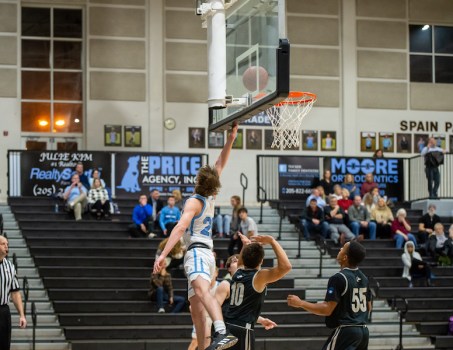 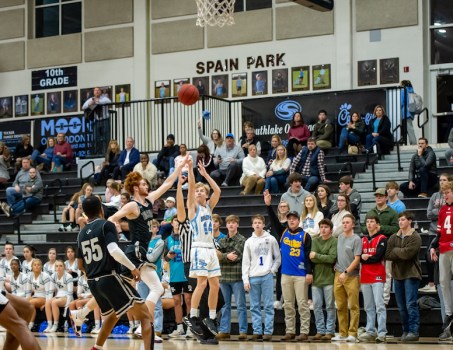 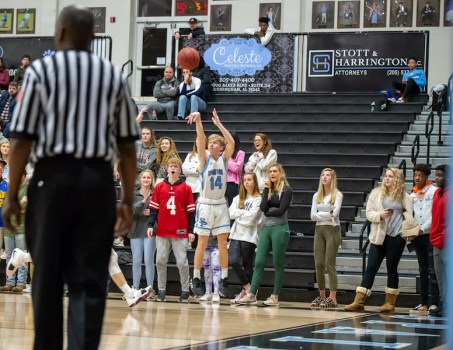 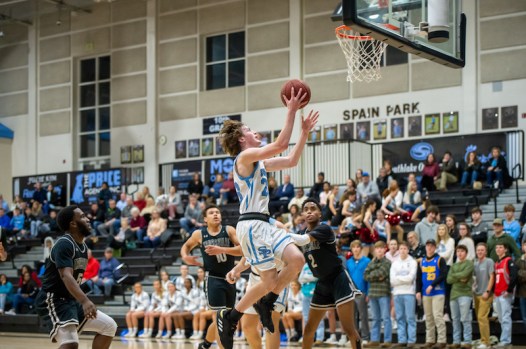 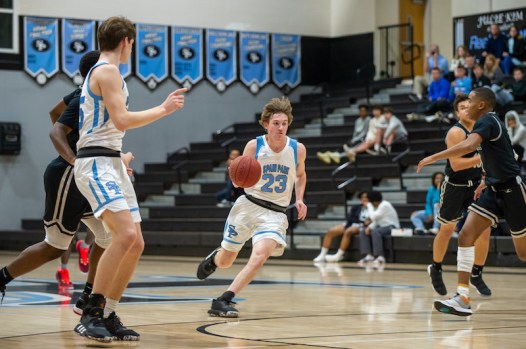 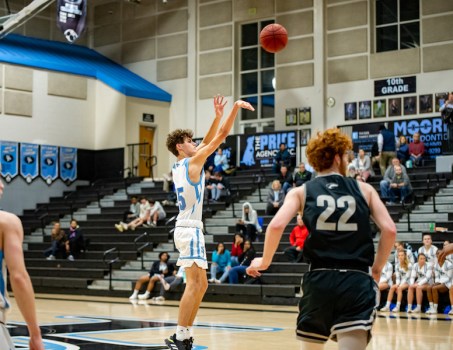 HOOVER – In his time as a head coach, Chris Laatsch has seen it all at Briarwood, Helena and now Spain Park, but on Tuesday, Jan. 21, the longtime coach in Shelby County got to add another special memory to the bank.

Proving that there is always room for more to in an already remarkable career, Laatsch looked on as his team was tied in a 67-67 game with area foe Hewitt-Trussville after leading the entire game.

As the seconds ticked off, the ball was in the hands of playmaker Cam Crawford, who preceded to drive down the middle of the lane, spin into the body of a defender and jump up to release a highly contested floater.

As the ball floated toward the basket, Laatsch, who was standing near the baseline at the end of his bench, gave a slight lean to try and will the ball in the basket. Almost simultaneously, the ball hit the front of the rim and rolled in to give Spain Park a 69-67 lead with 1.5 seconds to play.

That shot gave Laatsch his 400th win as a head coach and is one he and Crawford will remember for a long time to come.

With coaching stops at Briarwood and Helena, Laatsch was tasked with taking over the Spain Park job last year, and his impact has now transitioned to a new team and is quickly being felt.

A big reason for that success this season has been balance across the roster, and that balance was on full display in this matchup with the Huskies as nine different players scored in the game.

It started in the opening quarter as the Jags got off to a dominant start, taking an 18-4 lead at one point in the period. Eventually, Spain Park got points from five different players, including 3-pointers from Crawford, Josh Harrington and J.R. Lambert, which led to 23 points.

And while Hewitt made a slight comeback, the Huskies could only cut the deficit to nine points at the end of the quarter, trailing 23-14.

Spain Park posted another strong performance in the second quarter thanks to 16 offensive points, including a 6-7 mark from the free throw line, while the defense held the Huskies to 12 points.

That allowed the Jaguars to extend their lead by four more points to 39-26 heading into the half.

With that double-digit lead, you would have thought that a 19-point quarter in the third period would have been enough for the Jags to extend the lead, especially with the struggles Hewitt’s offense had seen, but the Huskies put together their best offensive quarter of the game.

They scored 24 points in the third behind a remarkable 15-point period from Cam Glover, which helped cut the deficit to 58-50 ahead of the fourth quarter.

In the final quarter, Hewitt continued its fight back, which eventually led to the 17-9 run to tie the game in the final minute of the contest.

But despite all of the momentum in favor of the Huskies, the Jags got the final shot of the game, and Crawford made it county with his spin-move floater over the tight defense for the game-winner.

Harrington led Spain Park with 17 points thanks to five 3-pointers, while Crawford finished with 12 points. Colin Turner, Blake Hay, Lambert and Austin Hutcheson all had between seven and nine points.