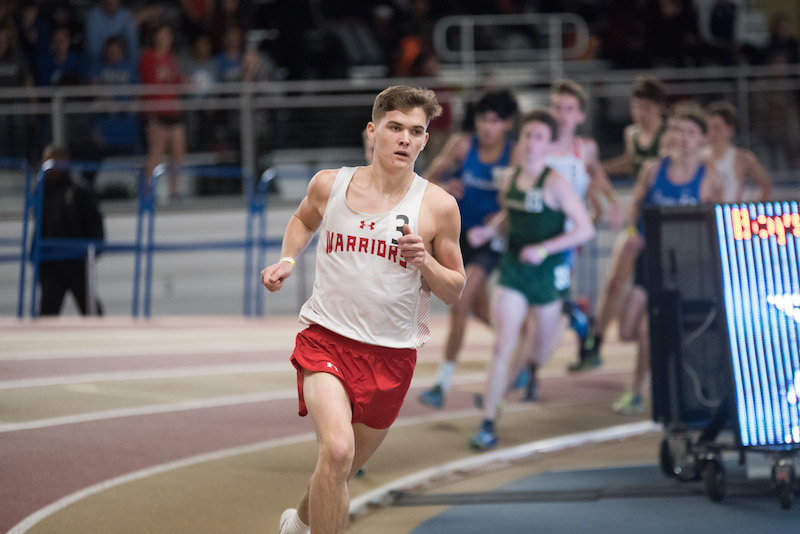 Thompson’s Jace Jones finished first in the 3,200-meter run and set a new meet and school record in the process. (File)

BIRMINGHAM – While many had the day off, several of Shelby County’s best athletes shined on Martin Luther King Jr. Day at the 2020 edition of the MLK Track Classic held on Monday, Jan. 20 at the Birmingham CrossPlex.

Thompson was highlighted by two first place finishers in ZaKiria Holifield and Jace Jones, while the Warriors also saw one of their relay teams finish in first as well.

Holifield ended up winning the 60-meter dash with a time of 7.75 seconds, while she also added one of many second place finishes for the Warriors in the 400-meter dash behind a time of 57.28 seconds.

Jones ended up with a strong showing in the 3,200-meter run, as he finished first with a time of 9:23.44. That marked a new meet and school record.

The 4X400-meter girls relay team also claimed first with a time of 4:08.69, which narrowly edged out Hoover.

In addition to those three performances, Dominque Hall, Jared Hurst and Blake Ellis all added podium finishes for Thompson, while several others finished inside the top five.

Hurst finished second in the high jump thanks to a height of 6 feet, 6 inches.

Walker Cole and Harrison Dimick were the two biggest highlights for Oak Mountain in the event. Cole finished fourth in the 3,200-meter run with a time of 9:29.36, while Dimick finished third in the shot put to claim a podium finish thanks to a distance of 52 feet, 10.5 inches.

T.J. Funches, Brady Barton and Allison Tanner all highlighted the day for the Helena Huskies, with Funches grabbing the top spot in the high jump with a height of 6 feet, 6 inches.

Tanner’s impressive day came in the high jump where she finished second thanks to a height of 5 feet, 4 inches.

The 4X800-meter relay team put together Briarwood’s best performance of the day thanks to a second-place finish behind a time of 9:07.86.

Westminster at Oak Mountain had one of its strong events as well despite the difficult competition. The Knights were highlighted by podium finishes from Hallie Porterfield and the girls 4X400-meter relay team.

Payton Metcalf also had a strong performance in the 60-meter hurdles with a finish of sixth behind a time of 10.08 seconds.

The Shelby County Wildcats were highlighted by a fifth-place finish from David Vick in the high jump thanks to a height of 5 feet, 8 inches. Coleman Byars and Vick also performed well in the long jump.