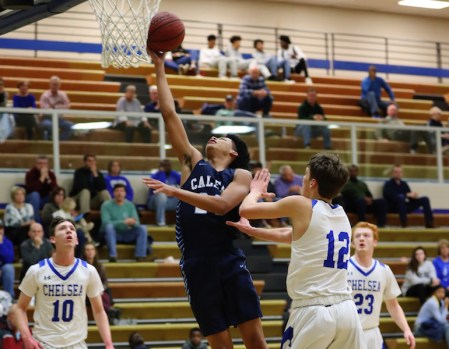 Calera was able to pick up an overtime victory against Chelsea on Tuesday, Jan. 21. (For the Reporter/Cari Dean) 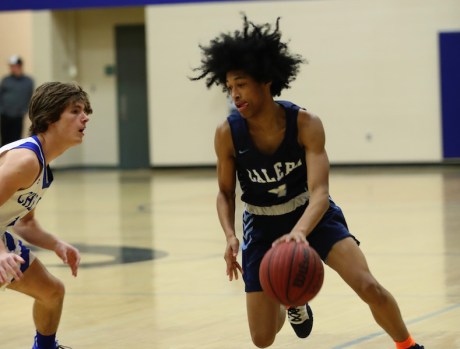 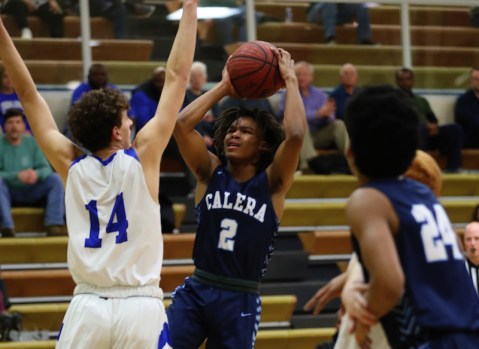 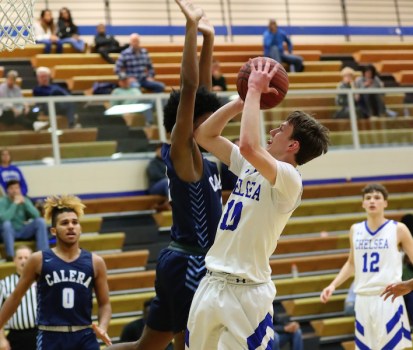 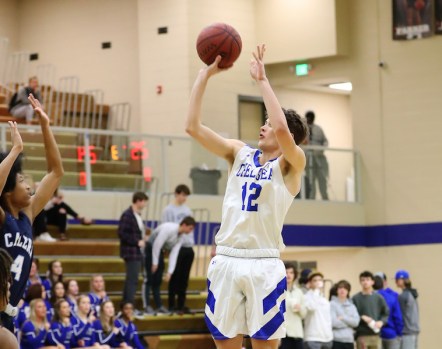 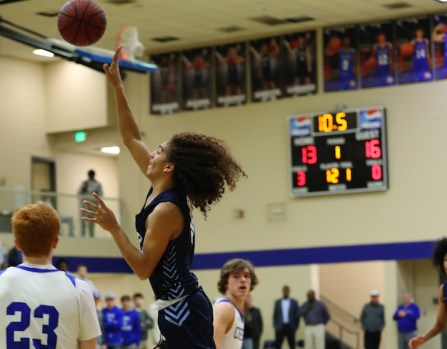 CHELSEA – A 13-point overtime period from the Calera was the difference in an otherwise close area contest between the Eagles and Chelsea Hornets on Tuesday, Jan. 21.

That 13 points in the extra period came thanks to a 4-4 mark from the free throw line from Duke Chambers, as well as a three-point showing from Paris Whatley and led to a 61-53 victory.

At the end of regulation, you could sense a shift in the momentum with the Eagles’ defensive pressure, and it paid off in overtime. Calera came out in the extra period and didn’t allow a single field goal, while also forcing turnovers and difficult shot.

That limited Chelsea to just five points, which allowed the Eagles to pull off the eight-point win.

Despite a delay in start time due to the girls game before running late, both teams were warmed up and ready to go in the opening quarter on the offensive end of the floor.

Neither team created much separation in a back-and-forth start with Chelsea taking an early 8-5 lead, followed by a 5-0 run from Calera to take a 10-8 advantage.

That trend continued throughout the period, as Calera eventually took a 16-13 lead late, before Jordan Thomas hit a layup at the buzzer for the Hornets to cut it to one point heading to the second quarter.

Chelsea’s success in the quarter came with balance behind six different scorers, while Calera got seven points from Chambers and four from Jordan Eggleston.

In the second quarter, both teams improved on the defensive end of the floor, especially early in the period.

The Hornets came out and jumped up 20-17, but neither team found much of an offensive rhythm for the first six minutes of the period. They combined for just six points in that span.

But after the drought was ended, the two teams poured in a combined 12 points in the final two minutes, including big back-to-back 3-pointers from Calera’s Keshawn Haynes and Jamarius Ford to give the Eagles the lead at 23-22.

That, however, was answered by a Bryant Royster 3-pointer, which gave the Hornets a 25-23 lead, before taking a 25-24 advantage into the break.

Coming out of the break, Chelsea continued to hold that lead for the first few minutes, eventually extending it back to three points at 30-27, but a 3-pointer from Chambers tied it shortly after.

That led to more back-and-forth play, as Calera jumped in front 32-32, before the two traded baskets until a late shot to end the third quarter put Calera in front 37-35 heading to the final period.

In the final quarter, the Eagles took a quick four-point lead, which became their largest of the game, but Chelsea quickly turned that around by coming back to take a 43-40 advantage following an and-1 from Holton Smith.

But an and-1 from Isaiah Green shortly after tied the game again at 45-45 with 3:50 to play. Then the back and forth ensued again over the final three minutes of the game.

Chelsea eventually grabbed the late lead at 48-47 after Andrew Messier hit one of two at the free throw line, but that was followed shortly after by a Haynes hitting one of his two at the line to tie the game at 48-48 and force overtime.

After tying the game late, the Eagles gained some confidence and used it early in overtime. On the first play of the extra period, you could see the extra energy boost on the defensive end, as Whatley stole a pass and went the other way for an easy layup to put Calera on top 50-48.

From there, the Eagles didn’t look back. Chelsea cut it to one at 52-51, but Calera closed the game on a 9-2 run from there to close out the win.

Chelsea was led by Royster with 12 points, while Caleb Moore and Jacob Tierney each added 11.

The two teams will meet again in the first round of the area tournament, which will be hosted at Helena High School.