ALABASTER – The Alabaster City Council is moving forward with plans to make improvements at Abbey Wooley Park, which is located off Simmsville Road at 320 Park Road. 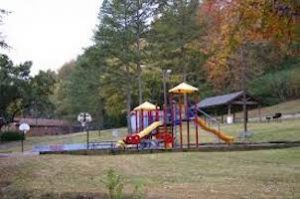 At a meeting on Monday, Jan. 21, the council approved a resolution to enter into an agreement with Barge Design Solutions, Inc. at a cost not to exceed $11,500. Barge Design has been hired to provide a topographic survey, a schematic design plan and a probable construction cost estimate.

City Administrator Brian Binzer said the scope of the renovation includes upgrading the roof on the park pavilion, the sidewalks and playground equipment, rebuilding the restroom facility and upgrading and expanding the basketball court. The city has partnered with Shelby County to redo the restroom and upgrade the pavilion. The county will also help with site grading work that needs to be done.

The city of Alabaster has budgeted $325,000 for the project, which includes a $50,000 grant from the Community Foundation of Greater Birmingham.

City Councilwoman Sophie Martin said the park’s renovation will not only positively impact those who live near the park, but local churches and the Alliance Community Development Center as well. Martin said the Alliance, which provides free services for kids and adults, uses the park extensively.

“Some upgrades have been made here and there over the years, but the complete enhancement of the park is long overdue and I’m excited that it’s finally becoming a reality,” Martin said. “People who live near that park are so excited and really looking forward to being able to enjoy it even more than they do now.”

Martin said she’s so passionate about renovating the park because it’s a historical treasure in the city.

“There’s so much history there,” she said. “Abbey Wooley was a longstanding resident of Alabaster who loved the city so much that she donated land to the city for the park to be built.”

Martin said she would like for the city to host a dedication ceremony for the park once the renovation is complete.

“A lot of Abbey Wooley’s family members still live in Alabaster and I know that it would mean a lot to her family,” Martin said.

Binzer said the city hopes to break ground on the project in March.

CHELSEA – The Chelsea City Council approved an incentives package totaling about $230,000 for an existing early-stage biopharma company that... read more