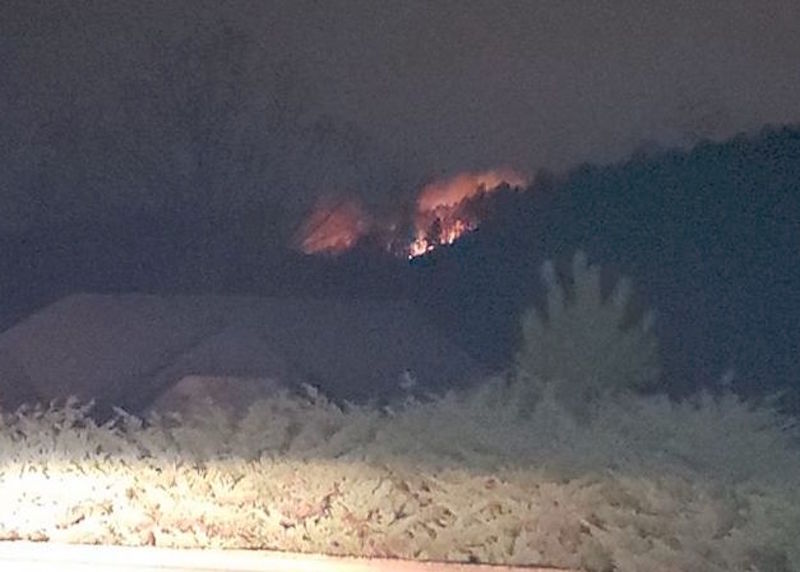 A fire on County Road 11 between Parsons Drive and the Wild Timber Subdivision near the back of Oak Mountain State Park has been contained, but is still an active scene. (Contributed)

PELHAM – Fire crews have contained a large woods fire off County Road 11 that started late on Wednesday, Jan. 22, between Parson’s Drive and Wild Timber Subdivision on the back side of Oak Mountain State Park.

While the fire has been “100 percent” contained by the Pelham Fire Department, it is still an active scene that is on “very difficult terrain,” according to a post from PFD.

Eight fire trucks and about 20 firefighters are battling the blaze to continue to contain and hopefully eliminate the blaze.

Pelham Fire Department did say there is no current threat to the public and no houses are in danger.

At this time, it is unclear how the fire began, but updates will be given as they come available.