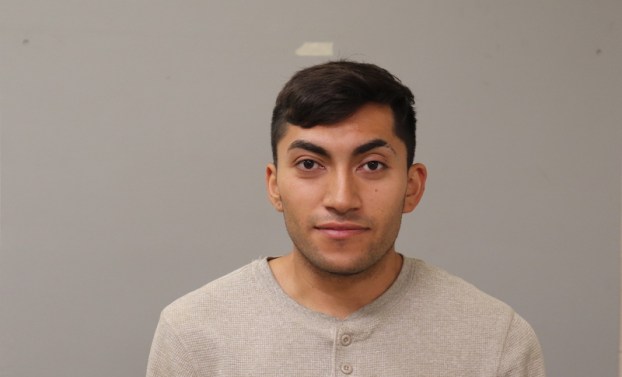 The Madison County Sheriff’s Office has made an update in the case of a 13-year-old Pelham girl who went missing on Tuesday, Jan. 21, in the Pelham area.

Rodrigo Chagolla Ortega has been charged with rape in the second degree, which is a Class B Felony, and enticing a child, which is a Class C Felony, by MCSO after the girl was found safe in Huntsville following a collaborative two-day search from several law enforcement agencies, including the Pelham Police Department.

According to the Madison County Sheriff’s office, Ortega told the girl he was 19 years old after meeting her through a social media site before she was picked up on Tuesday morning at 7:30 in a dark Mercedes SUV.

Following several leads, investigators were led to a location on Joslin Street in Huntsville where both the victim and Ortega were located and taken into custody without incident.

The juvenile was then taken to the Children’s Advocacy Center for an investigative follow-up, while Ortega was taken to MCSO Criminal Investigations Division where the FBI and MCSO task force investigators interviewed him.

While he has been charged with those two charges in Madison County, the Pelham Police Department will also be charging him with Interference with Child Custody, which is a Class C Felony.

“We are happy that the victim can be reunited with her family, and that the man responsible has been brought to justice,” MCSO Sheriff Kevin Turner said. “The tireless work by the FBI and the Sheriff’s Office Investigators helped bring this case to a close. This is yet another example of the importance of multi-jurisdictional partnerships.”

MCSO also took the opportunity to warn parents of the dangers of what juveniles are doing online.

“Parents, this is a warning to every one of us,” a release read. “We encourage parents to be mindful of what your kids are doing online and who they are talking to. These threats are real and do exist.”

Ortega is currently being held at the Madison County Jail on bonds totaling $30,000. He is on an ICE Detainer, which keeps him there for 48 hours after bail has been posted while ICE agents determine whether or not to take him into federal custody for deportation.

Arrest warrant issued for suspect in disappearance of Pelham teen