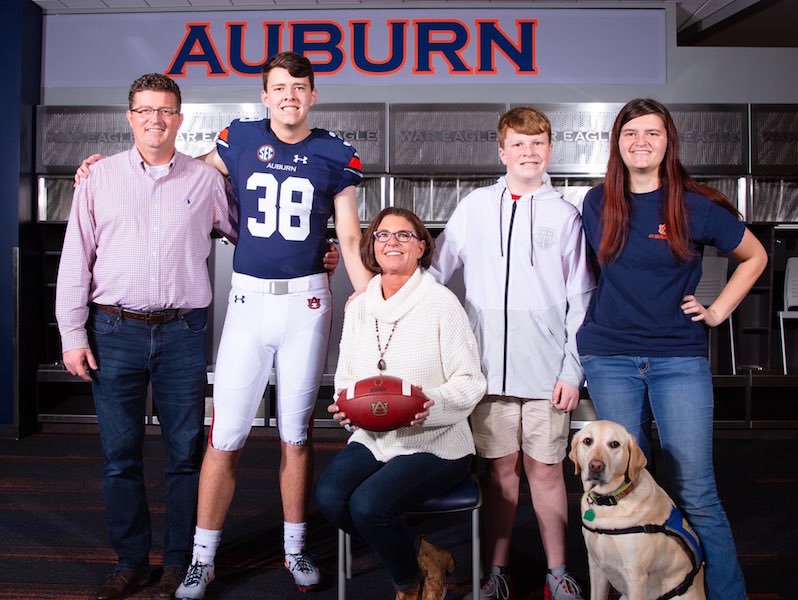 The future looks to be bright once again for the Auburn Tigers’ kicking game after Thompson High School kicker and punter Evan McGuire committed to the Tigers on Thursday, Jan. 23 with an announcement on Twitter.

“Thank you to all my coaches who have supported me over the years and thank you to the coaches that have recruited me,” McGuire posted. “With that being said, I am excited to announce, I will be continuing my academic and athletic career at Auburn University!”

It’s an opportunity the Thompson senior doesn’t take lightly, and a decision he has weighed heavily over with offers from several other schools, but Auburn always seemed to be a favorite for McGuire. 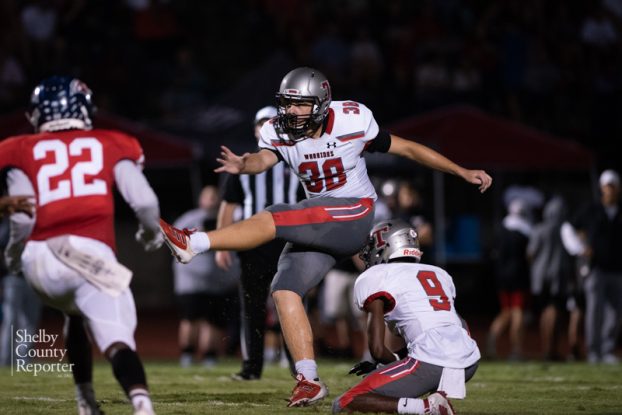 Standing at 6-foot-4, 210 pounds, McGuire brings a strong leg to the Tigers after putting together an impressive career with the Warriors.

In addition to that, McGuire is one of the best kickoff kickers and punters in the country. With a combined 153 kickoffs the last two years, he’s booted 120 of them through the end zone for touchbacks. During his senior season, he was 69-for-77 in keeping opponents from having the opportunity to return kickoffs.

“I would like to thank God for blessing me with the opportunity and talent to further my education and athletic career at the collegiate level,” McGuire posted to Twitter. “To my mom and dad, thank you for believing in me both on and off the field and always providing me with opportunities to be the best I can.

“To my brother and sister, thank you for joining me on this recruiting journey and encouraging me to follow my heart and go after my dreams.”

In addition to his impressive stats, McGuire was a kicker for the Alabama team in the Alabama-Mississippi All-Star game, and he was named to the All-State Second Team following his senior season.

McGuire will likely be behind rising-junior kicker Anders Carlson next year, who had a special 2019 season, but after punter Arryn Siposs declared for the NFL Draft, McGuire may have a chance to compete for the starting job at punter as a freshman depending on the depth at that position.