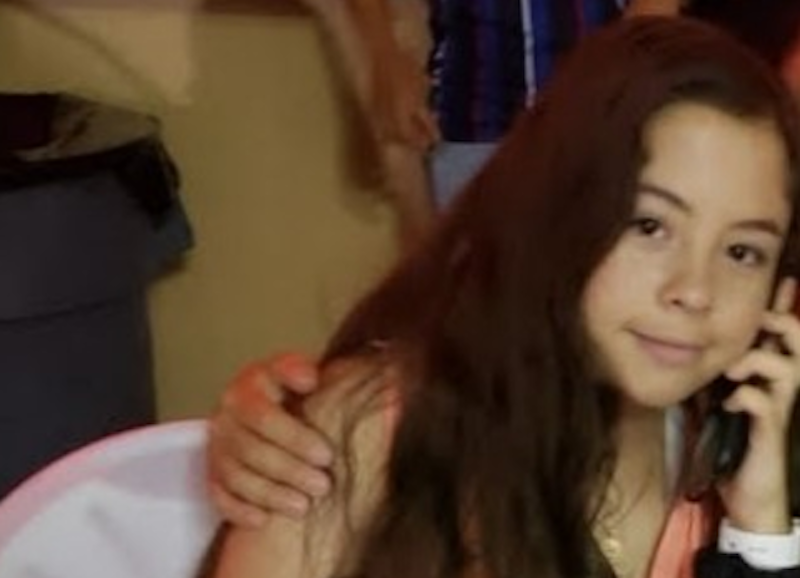 Missing Pelham teen Amberly Flores has been found safely according to the Pelham Police Department. (Contributed)

PELHAM – The Pelham Police Department announced that missing Pelham 13-year-old Amberly Flores has been found and is safe.

An Emergency Missing Child Alert was issued for Flores on Wednesday, Jan. 22 after she went missing in the Green Park South Mobile Home area of Pelham on Tuesday, Jan. 21, around 7 a.m.

According to Pelham Chief of Police Pat Cheatwood, Flores was located safely in the Huntsville area.

“I want to take this opportunity to thank our investigators for the city of Pelham for their tireless efforts the last couple of days,” Cheatwood said. “They worked really hard on this case.”

After PPD saw surveillance of Flores entering a dark Mercedes SUV “willingly,” according to a release, they turned their attention to that lead and less than 24 hours later she has been found in safe condition.

“We also want to take the opportunity to thank several other agencies that assisted us in this investigation,” Cheatwood said.

“It’s partnerships with other law enforcement agencies like this that make law enforcement successful in Alabama,” Cheatwood said. “Several others offered to help and we want to thank them as well.”

Cheatwood was happy with the collaborative effort to create positive closure, but took the opportunity to share a message with parents.

“It’s a great closure to this case,” Cheatwood said. “And I want to take this opportunity also to remind parents to be vigilant, to know the whereabouts of your children at all times, try to maintain strong relationships with them and please know who their friends are.”