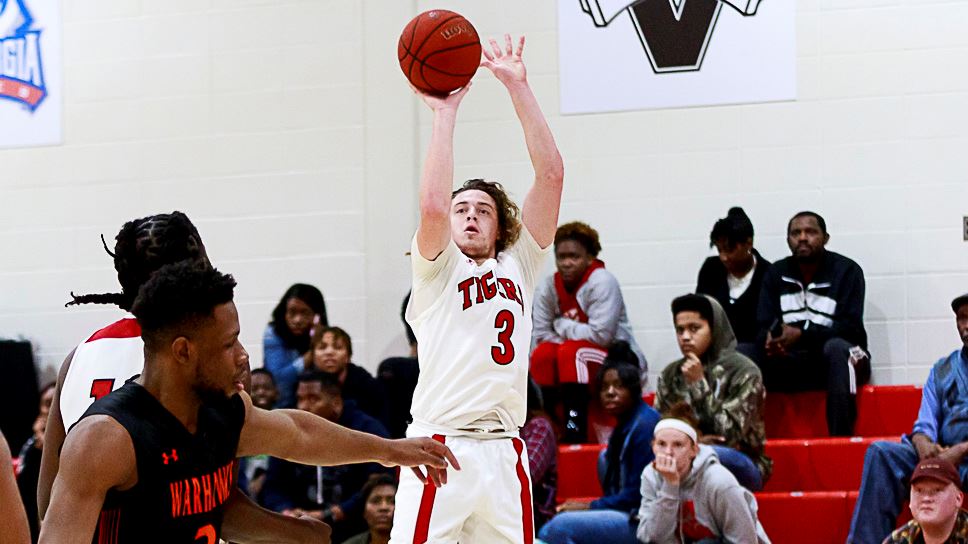 MONTEVALLO – Ironically in one of the sharpest shooting performances of the season, the University of West Alabama men’s basketball team put up a relentless effort in an 84-55 win over the Montevallo Falcons Thursday night in Gulf South Conference action in Trustmark Arena.

The moved UWA to 14-4 overall and 7-3 in the GSC and marked Head coach Allen Sharpe‘s 100th victory as the Tigers’ coach. Montevallo falls to 11-8 on the season and 7-3 in the league with a third consecutive conference loss.

Justin Allison scored 20 points with three rebounds, an assist, steal and block for a career night in a Tiger uniform with a 5-for-6 effort from beyond the arc. Darron Johnson also scored 20 points (6-for-7 from three) and had an assist.

“That’s a good indication that we’re probably on the right track as a team,” said Sharpe. “You can really accomplish a lot when no one gets the credit. If he (Hardy) was really selfish, he’d have a running tally of how many points he had and start forcing shots. The opportunity presented itself to be a facilitator for others tonight.”

Jonas Parker proved to be a matchup issue for UWA however as he led the Falcons with 26 points. Cedric Jackson scored 11 points to round out double digit scorers.