‘We’re thrilled this one ended the way it did’: Pelham Police, FBI update case of found Pelham teen 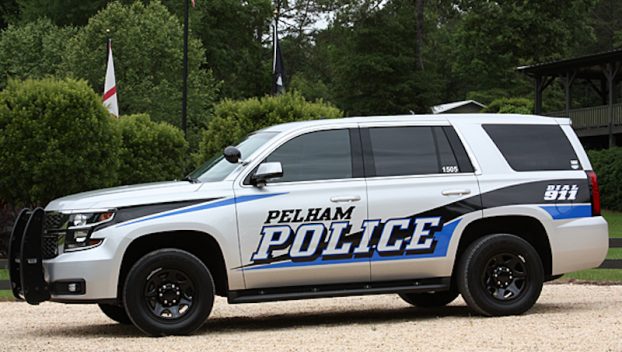 The Pelham Police Department, along with the Madison County Sheriff's Office and the FBI, held a press conference on Friday, Jan. 24, to provide updates of the missing Pelham teen who was found safe on Jan. 23. (File)

By GRAHAM BROOKS and ALEC ETHEREDGE

PELHAM – Pelham Police Chief Pat Cheatwood, along with members from the Madison County Sheriff’s Office and the FBI, held a joint press conference the afternoon of Friday, Jan. 24, to provide updates in the case of the found 13-year-old Pelham girl who was deemed missing on Tuesday, Jan. 21.

The missing 13-year-old victim was located at approximately 3:30 p.m. on Thursday, Jan. 23, and has since been reunited with her family in Pelham.

“This case came to a happy ending, which some cases do not, but we’re thrilled this one ended the way it did,” Cheatwood said at a press conference at the Pelham Police Department on Jan. 24. “She’s back with her family today and this case is continuing to be investigated. There may be some future charges depending on the investigation and outcome.”

The suspect, Rodrigo Chagolla Ortega, has been charged with rape in the second degree, which is a Class B Felony, and enticing a child, which is a Class C Felony, by the Madison County Sheriff’s Office after the girl was found safe in Huntsville following a collaborative two-day search from several law enforcement agencies, including the Pelham Police Department.

According to Cheatwood, additional charges could be coming depending on how the investigation transpires.

“It all depends on the investigation but we really don’t know what transpired in those two days between here and Huntsville,” Cheatwood said. “Interviews obviously take a lot of time to get in depth for each stop and each minute, each hour and each day of what occurred so we really don’t know right now. But we’re going to look at every angle, and if there are any charges to be brought, they will be.”

According to the Madison County Sheriff’s Office, Ortega told the girl he was 19 years old after meeting her through a social media site before she was picked up on Tuesday morning at 7:30 in a dark Mercedes SUV.

Following several leads, investigators were led to a location on Joslin Street in Huntsville where both the victim and Ortega were located and taken into custody without incident.

The juvenile was then taken to the Children’s Advocacy Center for an investigative follow-up, while Ortega was taken to MCSO Criminal Investigations Division where the FBI and MCSO task force investigators interviewed him.

Ortega is currently being held at the Madison County Jail on bonds totaling $30,000. He is on an ICE Detainer, which keeps him there for 48 hours after bail has been posted while ICE agents determine whether or not to take him into federal custody for deportation.

Madison County Chief Deputy Stacy Bates said this case was a prime example of how multiple agencies came together to successfully solve a case.

“I want to commend the chief and the men and women of the Pelham Police Department,” Bates said. “I hope this community is grateful and thankful for what they have because I know they put in a lot of hours and a lot of work not just to get a victim back safe, but get them back as quick as they did. As the chief said, this is a prime example of partnerships and how they extend outside of your local agencies. This wasn’t just a city and a county thing. For us to get involved in Madison County it was no questions asked. Anytime someone picks up the phone or reaches out to us, we’re going to help.”

As for parents of teenage children, Cheatwood said the best way of preventing a future case like this from happening is for parents to know their children.

“Please just know your children and know your children’s friends and know who they’re hanging out with and know their whereabouts,” Cheatwood said. “She was 13-years-old and I think that’s what really worried us more in this case even though we had evidence that she had gotten into this vehicle on her own, just the fact that she’s 13-years-old worries us. We’re all parents and just getting her back home safely and as quickly as we can was our mission.”