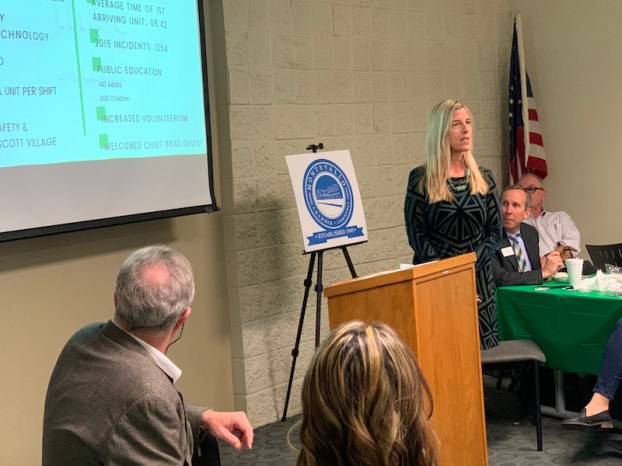 Montevallo mayor shares updates in State of the City address

MONTEVALLO – Those who attended the Montevallo Chamber of Commerce luncheon on Jan. 22 heard an update from Mayor Hollie Cost on the city as a whole and each of its departments.

“Every year, we get stronger,” Cost said. “We’re doing a lot of things right here. Thanks for making Montevallo what it is.”

In Public Health and Safety, Cost said the police department is fully staffed, has added one patrol unit per shift and contributes to Montevallo being ranked as the 11th safest city in the state.

The Parnell Memorial Library logged 37,000 visits in 2019, secured more than $23,000 in grant funding, hosted 202 library programs (26 of which were non-English based programs) and welcomed Savannah Kitchens as the new director.

Through Impact Montevallo, the city was awarded a Drug-Free Communities Support Program grant worth $125,000 a year for five years.

Montevallo hosted the Just Show Up Show, sponsored by Dr. Bobby Shunnarah at Montevallo Family Dentistry, which featured award-winning artists Alessia Cara and Echosmith in a three-hour performance for about 4,000 people in Orr Park on Aug. 1.

Hometown Hero and Excellence in Education awards were presented to deserving recipients at the 10th Annual Mayor’s Breakfast in October.

“Inclusivity and civic engagement is incredibly important to us,” she added. “We want to make the community accessible to everyone.”