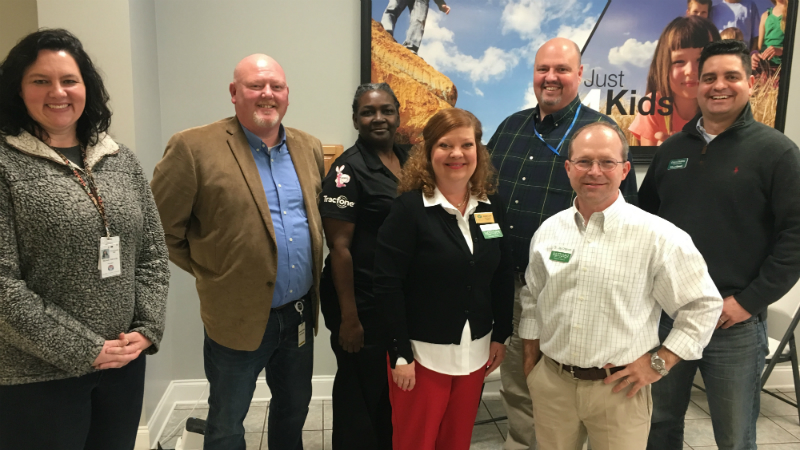 WESTOVER – A district manager for Dollar General told the Westover Business Alliance that his company’s success is a lesson in retail sales.

Jeremy Franklin spoke at the WBA meeting on Thursday, Jan. 23, at the Servpro facility in Westover.

Franklin said he has been with Dollar General for about nine years, starting as a store manager in Roanoke, and was made manager of the district that includes Westover about three months ago.

He said he researched the company and was impressed by its commitment to serving its communities.

“That drew me to Dollar General, and the rest is history,” Franklin said.

Franklin called Dollar General founder J.L. Turner and others like him—including Walmart founder Sam Walton—pioneers because of their approach.

“If you take care of your customer, retail is not hard,” Franklin said.

Dollar General in 2019 opened its 16,000th store, in Panama City, Florida. Also, the company is unique among retailers in that its revenue from existing stores has increased each year for a period of time, Franklin said.

Changes customers can expect include the continued use of higher capacity coolers, beginning FedEx pickup and dropoff services and the replacement of hanging apparel items with more in-demand home items.

Franklin said Dollar General aims to open 1,000 new stores in 2020, with 1,500 remodels of existing stores and 80 relocations across the country.

Idaho and Montana are the only two states without Dollar General stores, he said.