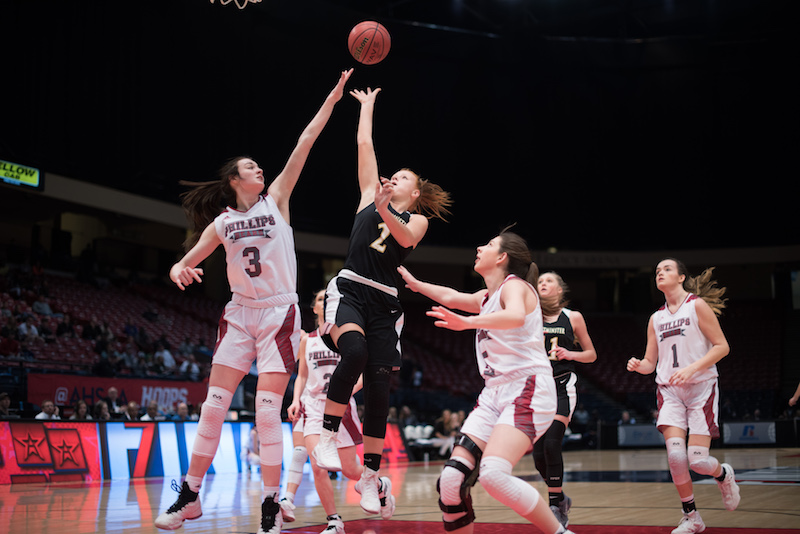 Westminster’s Morgan White recently surpassed the 1,500-point mark in a win over Altamont, making her the first girl or boy to do so in school history. (File)

BIRMINGHAM – With 3:11 left in the second half of a game against Altamont, Morgan White hit a shot that went down in Westminster at Oak Mountain history.

The senior’s shot not only helped play a big part in the Knights closing out Altamont for a slim 41-35 victory, but gave her the 1,500th point of her career—a truly special and rare mark to hit.

With that historic shot, White became the first in school history to hit that milestone, and she had no clue it was coming.

A week earlier, White sent a text to head coach Dana Gache wondering how close she was to hitting the 1,000-point mark, not knowing she had already surpassed it a year ago and was close to hitting an even more rare milestone.

In the game against Altamont, White entered unaware of how many points she had scored for the Knights, but that didn’t deter her effort.

She knocked down an early 3-pointer, and while that was her only basket in the first quarter, it was the first of a monumental 20-point night ahead.

The second quarter was where she really stepped up thanks to a 3-for-4 mark at the free throw line, as well as two jumpers and a 3-pointer, which led to 10 of Westminster’s 14 points in the period.

Westminster came out and struggled offensively in the second half with just three field goals and one free throw, which allowed Altamont to fight back into the game slightly, but White had inched closer to the 1,500-point mark and the Knights still held the lead heading to the final quarter.

In the fourth, Westminster struggled on the offensive end of the floor again, but thanks to solid defense, the Knights were able to hold steady with the lead.

White then eventually hit a 3-pointer and a free throw to close out the special night before finding out what she had accomplished.

As a starter since she was a freshman, White is now hoping she can help lead the Knights to a Final Four appearance for the second consecutive season and third time in four years.

The Knights have lost in the first round of the Final Four the last two times, but have the experience to put that behind them this year.