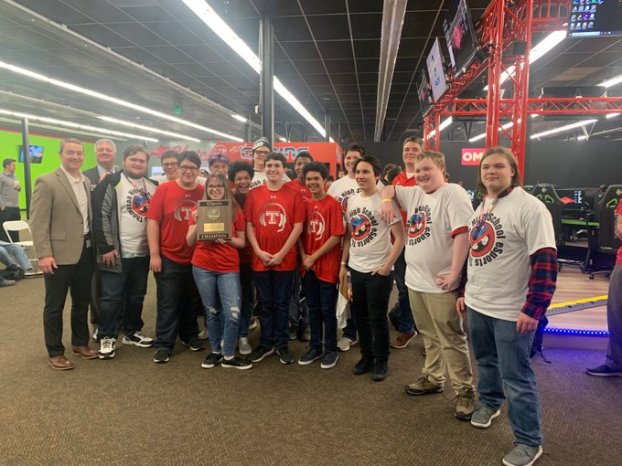 Thompson claimed the ESports State Championship on Friday, Jan. 31, with a win against Bob Jones. (Contributed)

BIRMINGHAM – Thompson High School saw a third state championship come back to the school in the span of a week when the ESports team won the 2020 League of Legends Championship on Friday, Jan. 31.

Competing at the new state of the art Eplex facility in Birmingham, the Warriors were able to overcome a 0-1 deficit in the championship against Bob Jones by winning two consecutive games to pick up a 2-1 victory and claim their first title in school history.

The win came over a dominant powerhouse, as Bob Jones had won two previous titles coming into the day and picked up its third by claiming the Rocket League Championship.

The Patriots beat Grissom 3-2 in the Rocket League finals during the afternoon portion of the state title, which gave their entire team confidence that they could pick up a win in the League of Legends finals too.

After taking a 1-0 lead at the end of the first round of play in the championship matchup with the Warriors, that confidence built.

But Thompson had worked hard all year and fought back to tie the match 1-1 in the second game, which set up a winner take all in the final game of the state tournament.

Thompson stepped up in the clutch and picked up a win in the final game to make it two unanswered to win the state championship in just the second year of ESports being an official AHSAA sport.

By GRAHAM BROOKS / Staff Writer ALABASTER – The Thompson Warriors ran into one of the hottest teams in the... read more