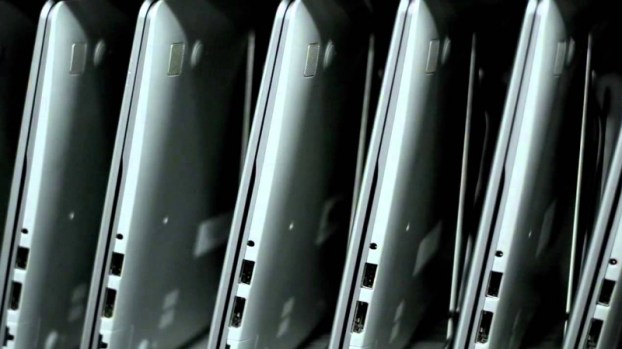 Chelsea Park Elementary School applied for a grant through the city of Chelsea to purchase 75 Google Chromebooks for students in kindergarten and first grade. (CONTRIBUTED)

CHELSEA – Kindergarten and first grade students at Chelsea Park Elementary School will soon have access to some of the same technology as their older classmates.

The Chelsea City Council at its meeting Tuesday, Jan. 21, approved education grants totaling about $24,000 for the purchase of 75 Google Chromebooks and other technology initiatives.

“We’re grateful and blessed that our City Council supports our schools,” Chelsea Park Elementary School Principal Jennifer Galloway said. “We are so appreciative of the mayor and Council and the positive impact they are having.”

Galloway said the school’s Parent-Teacher Organization has provided all students in third through fifth grade with Chromebooks. The computers have also been provided for second graders on a classroom level—students do not necessarily each have their own Chromebook but a number of devices are available in each class to be rotated among students.

“I wanted each class to have at least five,” Galloway said.

Chelsea Park Elementary School has 314 students and teachers in those two grades, according to the grant application.

The Chromebooks can be utilized during reading, math, writing and STEM instruction, as well as communications tools, Galloway said.

The devices will be purchased and set up with help from the Shelby County Schools district, so that when they arrive at the school they will be ready to use.

The education grant also covered the purchase of a SMART Board for the school’s conference room.

The room is used by all faculty and staff during the week for professional learning meetings and during parent conferences and special education meetings.

The board, which will cost $2,685.10 including necessary accessories, will be used to display student data and other information during meetings and conferences.

By GRAHAM BROOKS / Staff Writer HELENA – Students at Helena High School got plenty of strong advice from the... read more