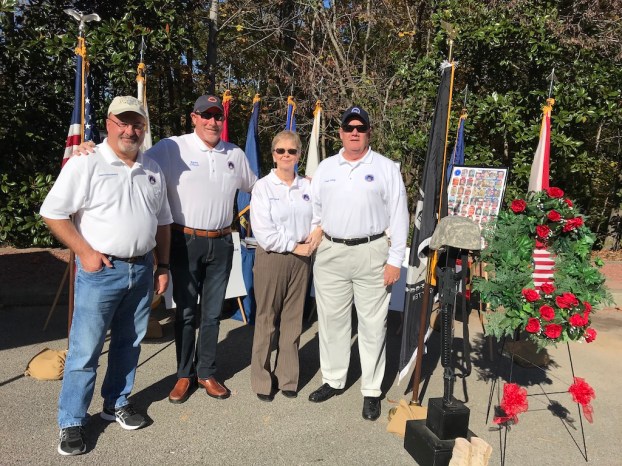 Sessamen an avid supporter of veterans

Harry began an investigation into the ancestry of his family in 2012.

The investigation led to the discovery that his grandmother was a member of Daughters of the American Revolution.

Sessamen also identified five additional Revolutionary War Patriots, previously unknown to the family, and then a link to Jamestown through a paternal grandmother (by way of his 10th great-grandfather) who migrated from England in 1619.

In 2014, Harry became a member of the Cahaba Coosa chapter of the Sons of the American Revolution.

His election as Registrar in 2015 provided him the opportunity to continue his interest in genealogy by helping prospective SAR members.

In the past five years Sessamen has processed 73 new member applications.

His family military history combined with the fact that his son David graduated from the United States Naval Academy and the United States Coast Guard Academy in 2018. He also received appointment to West Point Military Academy.

In 2017, Sessamen joined the Blue Star Salute Foundation, and the next year was elected Secretary and Agent.

He works tirelessly coordinating events such as the annual Wreaths Across America State House ceremony.

Harry is also webmaster. BSSF’s main 2019 project was its work with the U.S. government’s effort to identify the remains of fallen prisoners of war (POW) and missing in action (MIA) soldiers.

The remains were identified through DNA testing and their bodies were returned home to Alabama for burial.

Sessamen is also involved in the Faces of the Price of Freedom project, a picture board featuring every Alabamian killed in military service since September 11. The picture board is displayed at schools and veterans’ events throughout the state of Alabama to ensure these heroes are not forgotten.

The oldest of three, Sessamen is a Birmingham native. He received his B.S. degree in accounting in 1985 from the University of North Alabama in Florence.

He was a firefighter at Rocky Ridge Fire Department from 1978-1982.

He enjoyed a successful career in the banking and information systems industry.

After dating for six months Harry married his wife, Leah, in 1993.

Having joined in April 2019, Harry is a one of RSVP’s new kids on the block.