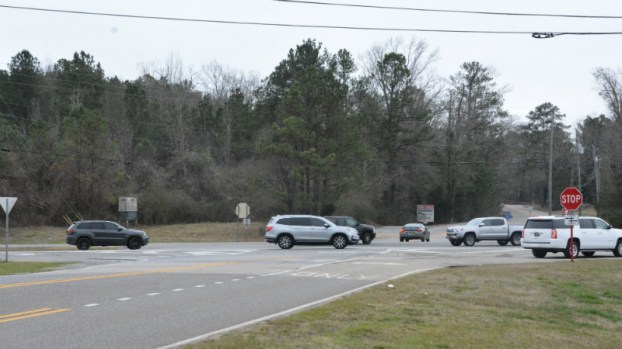 Traffic lights will be installed at the intersection of U.S. 280 and Shelby County 39 in Chelsea. (REPORTER PHOTO/STEPHEN DAWKINS)

Traffic lights to be installed at dangerous Chelsea intersection

CHELSEA – Chelsea’s most dangerous intersection will soon see the addition of traffic lights.

Traffic signals will be installed at the intersection of U.S. 280 and Shelby County 39 at the shopping center anchored by Publix, Mayor Tony Picklesimer said.

The traffic lights would mark the conclusion of a process of working with the Alabama Department of Transportation for about two years, Picklesimer said.

“It comes down to traffic counts,” he said. “It has to meet certain criteria to be ‘warranted,’ which is the language they use, so we’re making a little bit of a change in front of Publix that is anticipated to make it warranted.”

However, that particular exit will be changed to right-turn only. Drivers needing to go west toward Chelsea Park or further down 280 will have to use the main exit, where the traffic light will be located.

The expected increase in traffic at the main entrance/exit will make it meet ALDOT’s criteria, and the state will provide half the funding for the installation of the lights, with Chelsea responsible for the other half.

Picklesimer said he hopes the signals are installed by June 1, and the sooner the better because of the amount of wrecks that occur at the intersection.

“That intersection is our hottest spot,” Picklesimer said. “We have more accidents there than anywhere else in the city.”

The addition of the traffic lights will also likely create a need to lower the speed limit on the stretch of 280 approaching the intersection, from 65 miles per hour to 55, Picklesimer said.

FROM STAFF REPORTS CHELSEA –Mallory Bailey, 17, has been located, according to the Shelby County Sheriff’s Office. She was found... read more