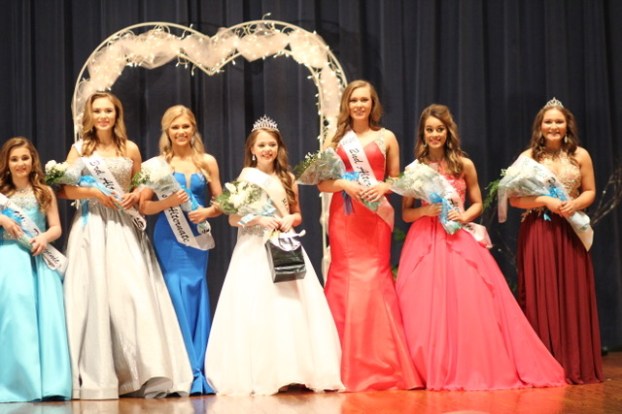 HELENA – On Saturday, Jan 25, Helena Middle School hosted the Miss HMS Queen of Diamonds pageant as part of a fundraiser for the school’s baseball program.

During the event, several girls from Helena Middle School competed for top honors to be named Miss HMS Queen of Diamonds.

The overall winner of the event was Ella Updegraff, who was named Miss HMS Queen of Diamonds, while there were also several other awards to divvy out amongst the girls.

Beyond that, Miss Photogenic and People’s Choice were also named. Kayden Foster took home the most photogenic crown, while Hayley Pourciau was named the peoples’ choice.

During the event, each contestant introduced themselves to kick off the night before then doing different portions of the pageant to determine the overall competition winner and the winners of both photogenic and people’s choice.

It marked the second year of the event with each person paying a $5 admission fee. With the event sponsored by the baseball team, profits went to them as a fundraiser.

By DAWN HARRISON | Special to the Reporter HELENA –It was a bittersweet night for four sets of parents at... read more