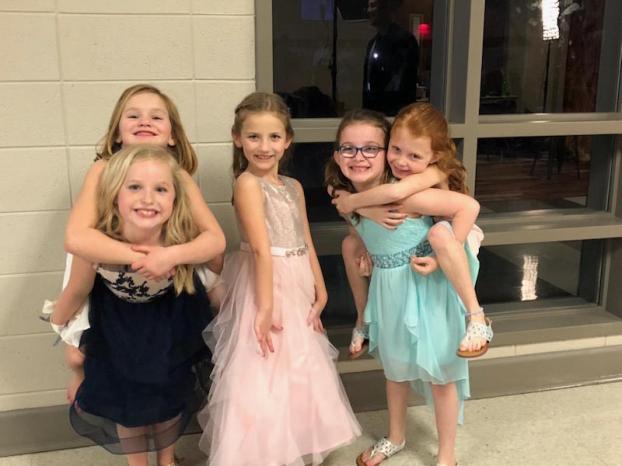 The Father-Daughter dance is an annual event sponsored by the Helena Athletics Association. (Contributed)

By Nathan Howell | Special to the Reporter

HELENA – The Helena Athletics Association will hold its 3rd annual Father and Daughter dance on Feb. 22 starting at 3:30 p.m.  in the Helena High School cafeteria.

The dance, which began in 2018,  serves as a yearly fundraiser for the association’s general fund and was created in part by HAA President Brian Turner and his wife Jennifer Turner.

“My wife Jennifer had the idea, because other groups held similar events during this time. It was nice to open that experience up to the community,” Turner explained. “It’s also a great way to raise money for all of Helena athletics.”

The inaugural event was originally split into two dances based on grade to account for space, however with use of the HHS cafeteria this year’s dance will be one big event welcoming students from PreK through 6th grade.

The theme of this year’s dance is cleverly named “Donut Grow Up.” As the name suggests donuts will be provided for the guests.

According to Turner, tickets purchased for the night will include a portrait for the fathers and daughters that they will be able to pick up before they leave.

Other offerings during the night will include a dj to play music for the and different concessions to enjoy during the dance.

According to its website, the HAA is a 501(c)(3) non-profit organization with a mission “to raise funds to support Helena’s entire student athletic program.” Turner expressed that all of the work for this and all other events relies solely on volunteers.

Tickets for the Father-Daughter Dance are $45 for a couple and additional $25 to bring another daughter.

The HAA Soccer club will also host an additional dance on March 7 for mothers and sons.  Tickets for these events, and more information about the HAA’s clubs and activities can be found at Helenaathleticassociation.org.

By NATHAN HOWELL | Special to the Reporter Helena – Pickleball is a dynamic sport for people of all ages and... read more