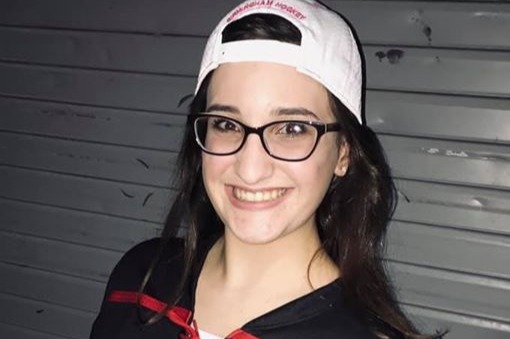 Haleigh Mancuso and her family are hoping to raise money for a seizure alert dog that will help with the safety of seizures caused by epilepsy. (Contributed)

PELHAM – One night in December 2015, Haleigh Mancuso went to bed as a normal healthy 12-year-old girl enjoying her Christmas break from middle school, but the next morning, Haleigh’s life changed forever.

After awakening with seizures, nobody knew how to react, she was taken to the hospital, and quickly diagnosed with epilepsy.

But Mancuso has been diagnosed with intractable epilepsy, which means her seizures fail to come under control with treatment.

“This illness has taken so much from her already—freedom, confidence, independence, self-worth, friends, social life and the list goes on—and has replaced it with fear and anxiety,” said Haleigh’s mom, Amanda Chapman, on a GoFundMe page. “We will never give up trying to help our daughter have a normal seizure free life, but in the meantime, we have to play the cards we have been dealt.”

Currently Mancuso has an average of 1-4 seizures per day, which can be particularly dangerous if she’s standing up and there is no one around to catch her. That makes attention a necessity for her safety; otherwise she can end up with concussions.

For this reason, Mancuso and her family have set up a GoFundMe page to help pay for a Seizure Alert Dog, which would help detect an oncoming seizure so she could either quickly sit down or assist her when she starts having a seizure to keep her from falling straight to the ground.

The dog would also help with comfort until she is able to stand again, while it could fetch a phone if needed to call for help.

“It would allow for Haleigh to regain a sense of freedom, independence and most importantly self-confidence,” Chapman said. “Just to have a buddy with her at all times watching her every move to make sure she’s safe and protected would give her that confidence back.”

“I wasn’t aware of this until last night,” Hayes said at a Feb. 3 Council meeting. “But it grabbed my heart. I would ask you to go take a look at her GoFundMe page. I think Hailey deserves for us to do that. This is a family that has given an awful lot back to our city.”

Hayes, who had two children suffer through febrile seizures that were “agonizing and scary,” knows how much the service dog would help Mancuso.

With Mancuso’s form of epilepsy, sudden unexpected death in epilepsy known as SUDEP can also occur. During sleep and other times when there may not be immediate attention on her and that could become likely, the service dog would be able to alert the family that something was going on and help is needed.

Right now Mancuso has one more test known as Stereotactic EEG that will determine if she is eligible for surgery to help with her diagnosis. With the SEEG, a tiny drill will put holes into her brain and place electrodes there to try to locate the originating area of the seizures.

But if they are unable to locate it, she will no longer be a viable candidate for surgery, according to her mom.

That makes the service dog even more important for Mancuso’s future with epilepsy. The GoFundMe page was created on Saturday, Feb. 1, and has already raised $2,500 of a $25,000 goal.

A junior at Pelham High School, Mancuso lives with her mother and stepdad James Chapman, who is a school resource officer at the school as well. Her dad is Eric Mancuso, a military veteran that resides in Carbondale, Pennsylvania.

“We are humbly asking for your help to be able to purchase this much needed service dog to assist our daughter in living the most normal life she possibly can,” Chapman said. “No amount is too small.”

To help Mancuso and her family, you can visit Gofundme.com/f/haleigh039s-seizure-alert-dog?utm_source=facebook&utm_medium=social&utm_campaign=p_cf+share-flow-1&fbclid=IwAR0d_VfUTj0nYf4PSxYXsjt5WbeOsNynvRw23rM-RixKSOJnGTNeno2etPY.