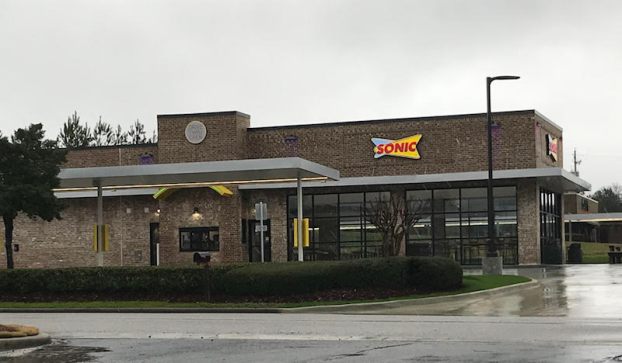 BY Nathan Howell / Special to the Reporter

PELHAM — After several months of renovations the Sonic Drive-In located at 2226 Pelham Parkway held its grand reopening on Jan 20.

This location has been a staple of the Pelham area since it first opened back in 1992, and the improvements will serve to improve business in one of the busiest parts of the city.

The renovations were originally approved in late spring of 2019 when the city granted several permits to businesses along the Alabama 119 area for general improvements. Construction originally began in May and continued through the end of the year.

Bly Gravlee, owner of the location, stated back in 2019 that he planned to do a top to bottom improvement of the store. His goal was to use the money to create a space that would not only improve the experience of customers, but also to foster a better workplace for employees.

Some of the renovations included completely rebuilding the restaurant, repaving the driveway, upgrades to the building, the drive-in stalls, the patio area and the location added a drive through, which was highly requested by many customers.

“I wanted to do this for my team and the community,” Gravlee said. “I want their work environment to be nicer. There will be some nice rubber floors installed that will be better on their feet and backs. A happy team means happy customers.”

Leading up to the completion of renovations the fast food restaurant also underwent landscape improvements to the area surrounding the building.

The permits issued by the city for all the businesses were worth more than $5 million for improvements, with the Sonic Drive-In renovations being valued at $2 million.

By SETH HAGAN | Special to the Reporter HELENA – The four seed isn’t supposed to give the host much... read more