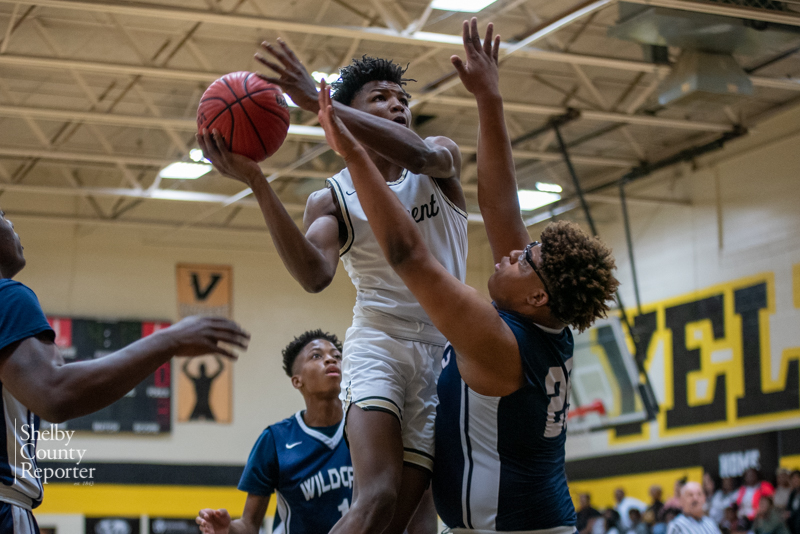 VINCENT – John Hadder has accomplished several impressive feats, amassing 200-plus wins and leading the Yellow Jackets to several Sweet 16, Elite Eight and Final Four seasons, but on Thursday, Feb. 6, he and the Jackets continued his most impressive streak.

With a 63-47 victory over Altamont in the area tournament championship game, Vincent won its 13th consecutive area tourney title.

It didn’t come without a fight from behind, however, as Altamont stormed in front 20-16 and led 31-25 at the half. But Vincent came out determined on the defensive end of the floor in the second half, giving up no more than 10 points, while the offense scored at least 17 points in each of the final two quarters to pull away for a comfortable win.

Vincent didn’t come out with a terrible effort in the opening quarter of the game, shooting 7-for-11 from inside the arc, but from beyond the arc, the Jackets were 0-for-4.

That became key because Altamont was able to knock down two of its four 3-pointers in the period, which helped the Knights take a slim 20-16 lead at the end of one.

The second quarter started with a quick 3-pointer from the Yellow Jackets to get within a point, but the scoring came to a screeching halt after that.

After a steady drought with no points, Vincent did take a 21-20 lead at one point, but then struggled finding the basket again. That allowed Altamont to go on an 11-3 run to take a six-point lead into the half.

Following a scoreless first couple of minutes out of the break, it finally seemed to click for Vincent. The Jackets turned up the pressure defensively, which led to five points off turnovers, and also took advantage of four second chance points in the quarter.

After the lead swapped hands a couple of times down the stretch of the third period, Vincent sunk two late free throws to take a 42-41 lead into the fourth.

Despite the close game to that point, the momentum shift was all Vincent needed to take control.

The Jackets caught fire from the field and shot 9-for-13 to end the game on a 21-6 run and create the lopsided final score.

After just four assists in the first half, the Yellow Jackets totaled 10 in the second half, five in each quarter, to help the offense find a rhythm with ball movement.

Ryshod Keith benefited drastically from that after posting 27 points, nine rebounds and six assists after shooting 9-17 from the field and 8-11 from the free throw line.

Jackson McGinnis had a big night as well thanks to 18 points and a strong field goal percentage of 90 percent. Malik Hamilton also finished in double figures with 12 points, while adding 10 rebounds for a double-double. Tae McGregor also had a big game on the boards with 13 rebounds.

Vincent will now get set to compete in a sub-regional matchup where a win would send them back to the Sweet 16 path as they look for redemption after last year’s heartbreaking loss in the Elite Eight.

Vincent dominates to advance to sub-regionals