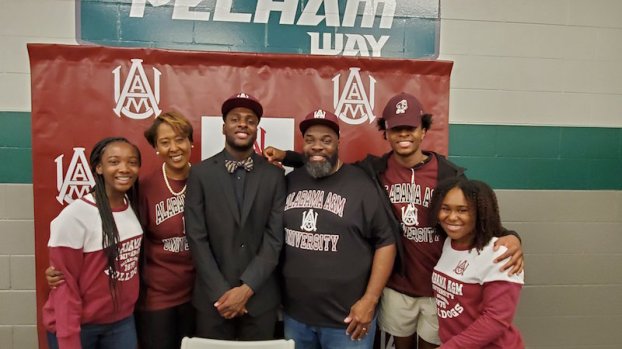 PELHAM – During his time at Pelham High School, Xavier Lankford saw some ups and downs as the starting quarterback of the football team, but eventually earned the starting role heading into his senior season, and he made the most of it.

On Monday, Feb. 10, Lankford made the opportunity count when he signed to officially join the football team at Alabama A&M University to continue his playing days in college.

“I would like to thank God because without Him, I would not be able to live my dream of playing college football,” Lankford posted after committing to the school. “I also want to thank my family and friends that have encouraged me and helped me to achieve everything I have achieved. And I want to thank all of the coaches that helped me learn to love the game of football. They shaped me into the football player, and more importantly, the man I am today.”

After battling for the position the previous two seasons with previous quarterback Matt Rye, Lankford stepped in during his senior season as the leader and posted 591 rushing yards and seven rushing touchdowns on 116 carries, while throwing for 1,166 yards and nine touchdowns.

But more impressive than his stats, was his ability to lead the Panthers this season as an extension of the coaching staff. 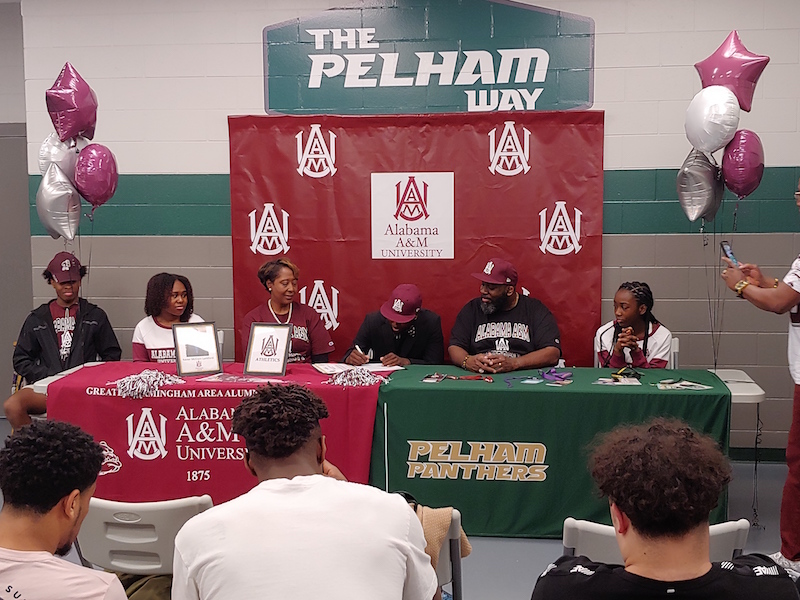 After losing the first six games of the 2019 season, Pelham could have folded up shop and given in but the Panthers were focused on improving and a big reason for that was Lankford.

Starting the year with an extremely young roster of player after losing one of their largest classes of seniors in recent history the year before, Lankford was one of very few seniors on the team and one of the only ones on the offensive side of the football.

Knowing mistakes were going to happen, he didn’t let them impact his demeanor. There were several times the Panthers would fumble on consecutive series, or an interception would be thrown, or several balls would be dropped in a row, but Lankford never hung his head. Instead, he jogged to the sideline, talked with his coaches and gathered his team to help them learn.

That eventually led to the team that was starting to put the pieces together, which led to a three game winning streak following the 0-6 start. While that wasn’t enough to make the playoffs, it was instrumental in helping build the confidence in a young group of players moving forward that now know what it takes to improve. It also led to a special bond amongst he and his teammates.

“I would like to thank my teammates that have given me the memories and friendships to last a lifetime,” Lankford said. “They have truly helped to make this journey incredible.”

Keeping his team believing and never giving up on them was a key quality of Lankford, and one reason Alabama A&M came calling. Lankford will go on to play football for the Bulldogs, but will also look to be a leader in the school and the community like he has been for Pelham.

Pelham girls finish runner-up, other 6A athletes shine at state

By ALEC ETHEREDGE | Managing Editor BIRMINGHAM – The Pelham girls never were higher than fourth in the Class 6A Indoor... read more