What will the legislative session hold for Hoover City Schools? 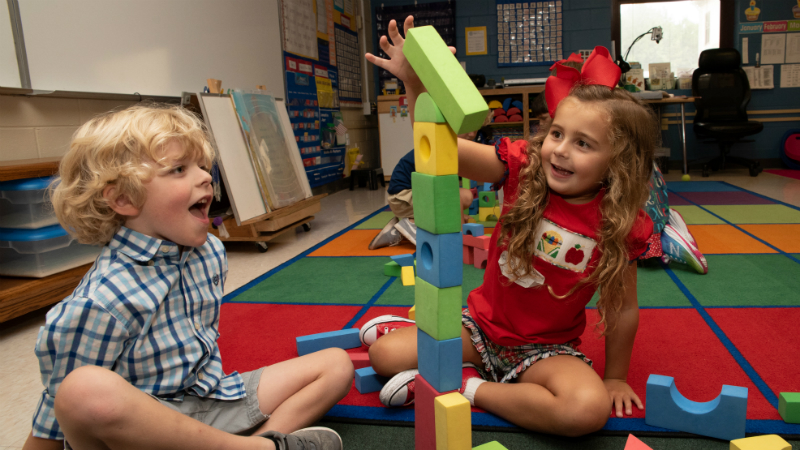 Students enjoy the first day of school at Greystone Elementary School in 2019. The Hoover City Schools Board of Education approved a resolution opposing the state mandating start and/or end dates for the school year. (FILE)

HOOVER – Possible actions by the Alabama Legislature that could affect Hoover City Schools were discussed by the system’s Board of Education at its meeting on Tuesday, Feb. 11.

The Board heard about the impact of a possible 4-percent pay increase for teachers and passed a resolution opposing school start date legislation.

Superintendent Kathy Murphy said monthly legislative updates would be given at future Board meetings.

“I think it is important for us to be tracking and understand what’s going on in Montgomery as it relates to education,” Murphy said.

One piece of legislation that could have a significant impact on the school system is House Bill 188, which would increase teachers’ pay by 4 percent.

A pay raise adopted by the Legislature would be unfunded, meaning Hoover City Schools would have to come up with the extra pay, Chief School Financial Officer Michele McCay said.

A 4-percent pay raise this year would cost the school system an estimated $3.4 million, McCay said but added that the actual amount could vary.

“It will depend on who comes and who goes—what year of experience they have, what degree they have,” McCay said. “It can fluctuate from day to day.”

Officials were doubtful about the school system being able to fund the raises at current revenue levels.

“Those are the challenges we have,” Board President Craig Kelley said.

The Board also approved a resolution opposing a potential school start date bill.

“The Hoover Board of Education is aware that members of the Alabama Legislature may consider legislation that would outline school start and/or end dates for public schools in the state of Alabama,” the resolution read. “Unique decisions take place in 137 Alabama school systems regarding student achievement, holiday preferences, community events, teacher professional development, partnerships with local colleges and universities and workdays for educators to meet with parents.

“Local decisions about school calendar directly impact student performance, student and faculty morale, and community input…The members of the Hoover Board of Education unequivocally oppose statewide efforts to mandate a school calendar and ask all lawmakers representing Hoover City Schools to vote against any bill which proposes to outline a statewide start and/or end date for Alabama public schools.”