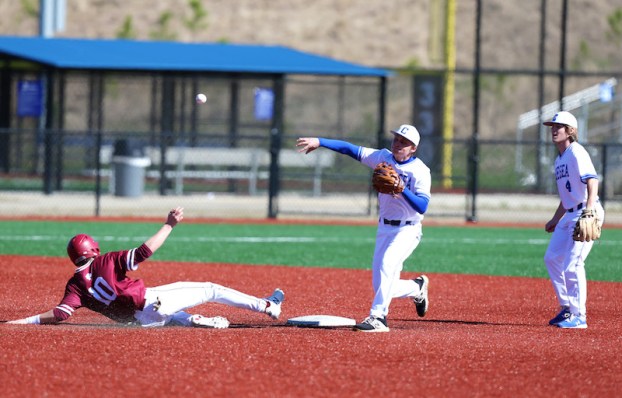 Chelsea's baseball team is off to a 3-1 start after picking up two wins against Austin and Springville on Monday, Feb. 17. (File)

OXFORD – Coming off a trip to the Class 6A State Championship series last year, the Chelsea Hornets entered the 2020 baseball season with confidence, and through four games, they look ready for another impressive season.

After a 1-1 showing on Saturday, Feb. 15, to open the 2020 season, the Chelsea Hornets were in action for the second time this season at Oxford’s Choccolocco Park on Monday, Feb. 17, against Austin and Springbille.

After splitting with Prattville and Spain Park two days earlier, the Hornets came back and swept Austin and Springville 3-1 and 8-5, respectively, to improve to 3-1 on the season.

A recap from each game is below:

In the first game of the day, it took a late comeback from a Chelsea offense that had been held at bay for the first five innings of the game.

To that point, Austin had taken a 1-0 lead in the bottom of the fourth and carried that into the top of the sixth, but that’s when the Hornets struck.

Chelsea got four straight singles from Jacob Boyle, Logan Shores, Jackson Webster and Carter Frederick, the latter two of which drove home runs to give the Hornets a 2-1 lead.

An error one at bat later on the center field during a pickoff attempt led to a third run crossing the plate.

From that point, Chelsea’s pitching took over, which was big in keeping the Hornets in the game all day. It started with Frederick, who went the first four innings and allowed two hits and one run while striking out eight.

Then, Connor Ball came in to close out the final three innings and struck out five while allowing two hits with no runs to cement the win.

In the second game of the day, Chelsea had to hold on late after taking a 8-0 lead going into the bottom half of the final inning. Springville put together a strong comeback attempt with five runs in the bottom of the seventh, but the Hornets were able to force a double play to get out with an 8-5 win.

Chelsea broke open a scoreless game in the top of the third with an RBI single from Webster.

Then, an inning later, the Hornets were able to find more success behind five walks an error and a double. Three of the walks to Shores, Webster and Frederick drove home runs, while Cole Kennedy then drove home two more with a double to put Chelsea in front 6-0.

The Hornets added two more in the top of the seventh on an RBI single from Garrett Frye, who then scored later in the inning on an error to add some insurance.

Those runs became key for Chelsea heading to the home half of the final inning, as Springville put up five runs before an out was even recorded and runners on first and second.

Austin Frye, however, stepped to the mound and immediately got a fly out to put one out on the board, before forcing a game-ending double play to salvage the win.

Webster and Kennedy each had two hits and two RBIs to lead Chelsea in the win.