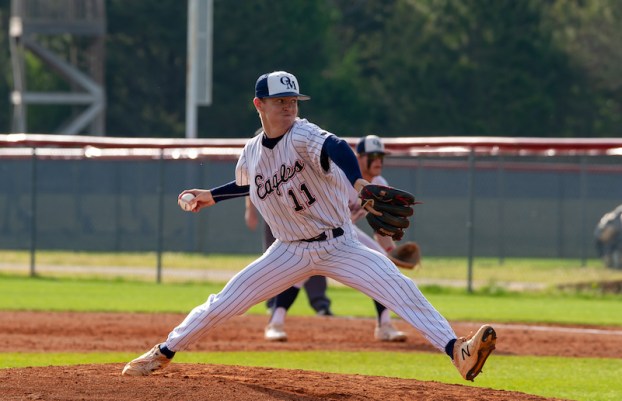 TROY – The Oak Mountain Eagles got off to a strong start to the 2020 baseball season thanks to a 2-0 record on opening day with wins over Charles Henderson and Opelika at Troy University on Monday, Feb. 17.

The Eagles were able to use offense to win their season opener 6-2 over Charles Henderson and then used strong pitching to take the second game 1-0.

A recap from each game is below:

In the opening game of the season, the Eagles were able to grab a 4-0 lead through the first four innings and never looked back giving up only one run in the fifth and seventh innings to pick up the win.

A big reason Oak Mountain was able to build the lead was a dominant outing from Cole Sester, who in just 4 2/3 innings was able to strike out 10 of the 19 batters he faced, while allowing just four hits and one run.

The scoring started in the top of the first when Jake Rivers was able to score after advancing to third on a single from Sester to help his own cause.

Then, in the bottom of the third, Oak Mountain put together another two-out rally. Stone Evers scored the first run after drawing a walk, before two batters later, Drew Rowland was able to hit a two-run double on a line drive to right field that put the Eagles on top 4-0.

Charles Henderson answered back with a run in the bottom of the fifth, but Oak Mountain came back with two more in the top of the seventh off a Davis Gillespie double to take a 6-1 lead.

The Eagles gave up one more in the bottom half, but then closed out the 6-2 win.

In game two of opening day, Oak Mountain got a strong combined pitching effort from Rivers, Zach Taylor and Colton Smith, who allowed one combined hit and combined to strike out seven with just three walks.

Offensively, the Eagles got just one run on an RBI-single from Sester, but that became more than enough for the win thanks to the dominant effort on the mound.

Rivers went 4 1/3 innings and allowed no hits while striking out two in the win. Taylor tossed 2/3 of an inning and struck out one without allowing a hit, while Smith closed out the final two innings allowing one hit and striking out two.

Sester went 2-for-2 at the plate with an RBI and a walk, while Connor Adams, Mitchell Pierce and Rivers each had a hit.

By ALEC ETHEREDGE | Managing Editor  OXFORD – Coming off a trip to the Class 6A State Championship series last... read more