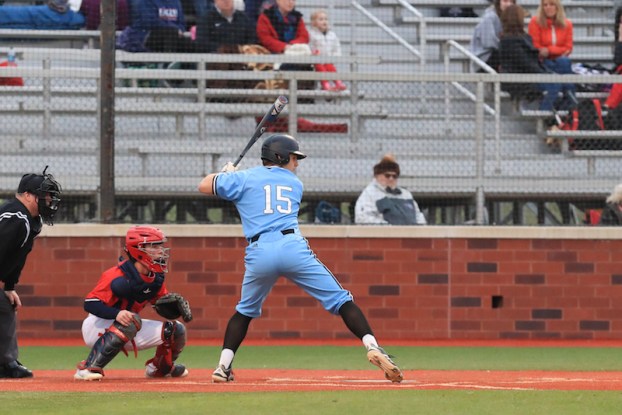 Spain Park is off to a strong 3-1 start to the 2020 baseball season following four games within three days. (File)

Spain Park baseball off to 3-1 start

OXFORD – Following a sweep of Prattville and Chelsea to open the 2020 baseball season on Saturday, Feb. 15, the Spain Park Jaguars were back in action on Monday, Feb. 17, at Choccolocco Park to take on James Clemens and Austin.

The Jags eventually extended the win streak to start the season to three games with a win over James Clemens, before dropping their second game of the day with a 9-2 loss to Austin.

Now 3-1 on the season, the Jags have scored 30 runs through four games and have given up just 14. A recap from the Oxford tournament on Monday is below:

For a while, Spain Park was holding on to a slim 2-0 lead against James Clemens, but the Jags eventually opened up the lead with a four-run fifth inning and added another insurance in the sixth, before strong pitching closed out a 7-0 shutout.

To hold off the Jets, Spain Park got four strong innings on the mound from Eli Copenhaver, while Harrison Holcomb closed out the final three innings. Each allowed three hits with no runs, while Copenhaver struck out four and Holcomb struck out two.

Spain Park’s offensive day started in the top of the first with a leadoff double from Colton Ledbetter followed by an RBI-single from Carter Sidor. After two outs were put on the board, Adam Wygle added an RBI-single that put the Jags on top 2-0.

After several quiet innings in a row, the Jags found success again quickly in the top of the fifth. Following a leadoff walk to Conner Eberhardt, the Jags got back-to-back singles from Ledbetter and Sidor to drive in two runs.

Three batters later, with two outs in the inning, Wygle stepped back to the plate and drove home another run with an RBI single that put the Jags on top 5-0. After another walk, Ethan Smallwood drove home the Jags’ sixth run of the game with a fifth single of the inning.

One inning later, Ledbetter capped off a stellar game with a solo home run to put the Jags up by the final score of 7-0.

Against Austin, Spain Park gave up at least one run in five of the seven innings, while the offense left nine runners on base after picking up seven hits in the game, which led to a 9-2 loss.

Austin was able to jump out to an early lead behind six runs in the first three innings and never looked back, as the Jagso only added one in the fourth and one in the seventh.

Wygle went 2-for-4 at the plate, while Brooks Ballintine, Sidor, Harrison Holcomb and Chris Mancill each picked up a hit.

By ALEC ETHEREDGE | Managing Editor TROY – The Oak Mountain Eagles got off to a strong start to the... read more