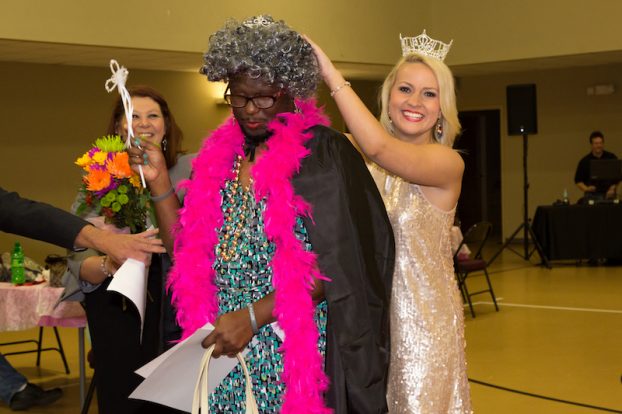 HELENA –  The Helena Miracle League plans to host its 4th annual “Dude Looks Like a Lady” Womanless Beauty Pageant on May 16 at 5 p.m. at the Helena Sports Complex.

In past years the event has been a light-hearted and incredibly humorous way to bring attention and assist with the goals of the Helena Miracle League.

“The overall intention is to raise money and awareness for the League,” according to Holly Vanover, the representative for the event. “We will use the money raised to build and maintain the baseball field and facility for special needs adults and children. The property was donated and this is part of getting the facility built.”

The pageant will feature a number of local guys vested in elaborate dresses and wigs entertaining the audience, competing in categories and raising money from the attendees.

According to Vanover, eight titles can be awarded to the participants including “Ms. Congeniality, Ms. Hooters, Ms. Best Butts in Town, Ms. Hot Wheels, Ms. Weeds, Runner-Up and the winning title Queen of Helena.”

During the event there will be a silent auction with a plethora of local items donated by individuals and companies from the area. Vanover also expressed that the group was looking for more items to be donated for the silent auction.

Food for the event will be catered by Golden Rule BBQ, which has been partially sponsored by Southern Wellness.

Country Boyz Heating and Cooling is also sponsoring and assisting with the event.

General admission for the event is $15, and VIP tables are available for $150 which include a table for 8 people in the front, front row parking and an included photo booth package.

The Helena Miracle League’s mission is “to provide opportunities for children with disabilities to play Miracle League Baseball, regardless of their abilities, promote community support and sponsorship of Miracle Leagues and promote the construction of special facilities that meet the unique needs of Miracle League players and their families.”

Those interested in becoming sponsors, donating to the silent auction or finding out more information about the Helena Miracle League and this event can reach out on the Miracle League’s Facebook or by emailing Holly Vanover at holly.countryboyzhvac@gmail.com