MONTGOMERY – A Birmingham woman sentenced to prison for a 2007 robbery in Shelby is scheduled to receive a parole hearing. 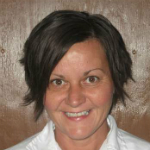 The hearing for Tammy Diane Scruggs is set for a hearing, which is open to the public, on March 18 at the office of the Alabama Bureau of Pardons and Paroles at 100 Capitol Commerce Boulevard in Montgomery.

Scruggs, 46, who lists an address off Oporto Madrid Boulevard in Birmingham, has served 12 years and 10 months serving a 20-year prison sentence after pleading guilty to a home invasion robbery in North Shelby County.

Scruggs was arrested in Bessemer on April 19, 2007, in connection with the robbery. She was charged along with Dahchon Joseph Nelson of Bessemer and Irby Martinez Cain of Fairfield.

Police said at the time that the trio broke into a home on Corsair Drive, just off of Caldwell Mill Road.

Dispatchers received a call of the break-in around 10:30 a.m., and upon arrival, deputies found a 16-year-old girl and a 16-year-old boy tied up, but otherwise unharmed.

Police said the girl was a resident of the home and that the boy arrived while the robbery was in progress.