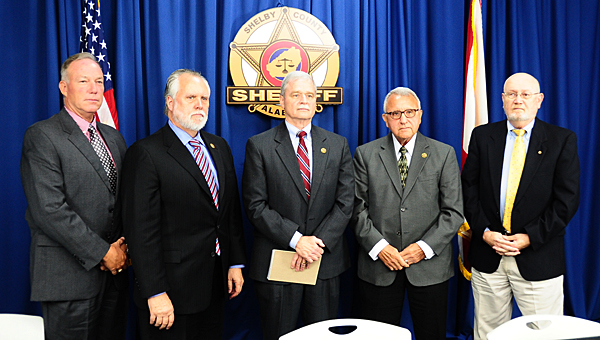 Lawrence N. Rooker understands the significance of working together as a team.

For the past 10 years, Rooker has been a volunteer with the Shelby County Sheriff’s Office’s Cold Case Unit.

“I needed something to do that would be helpful,” he said.

Due to Rooker’s previous role at the Shelby County’s Tax Assessor’s Office as an appraiser, his experience and background in locating the county’s system of records would be indispensable to the unit.

His attention to searching and locating records would mean the investigators would be free to focus their attention on investigation of cases.

The unit, made up entirely of volunteers, meets weekly with cases running all week and, according to Rooker, “many of the investigators take their work home with them.”

“I assembled records of sex offenders’ addresses based on location in the county. The Clerk would distribute them to an officer in the area who then verified the offender’s location,” Rooker said.

Rooker, 72, was born in Oneonta, Alabama.

After graduating high school, he joined the United States Air Force at age 17. He served from 1959 to 1963 as a jet mechanic.

He then joined the United States Army and was sent to Japan and then was transferred to Vietnam, where he was crew chief and was responsible for “keeping air craft flyable.”

He has been married to his wife, LaNedia, a retired BellSouth project worker, since 1998.

They enjoy attending Briarwood Presbyterian Church and are involved with the 100-member choir.

Rooker is a firearm enthusiast and collector, although he says he doesn’t make it to the shooting range as often as he used to.

His other interests include music and politics. He claims his involvement as a soldier in Vietnam helped spur his interest in politics.

“Vietnam turned thought to those and exposed cynicism, corruption and the death of thousands, who were rejected by what they were ordered to do,” he said.

Rooker became a member of RSVP in April 2014.