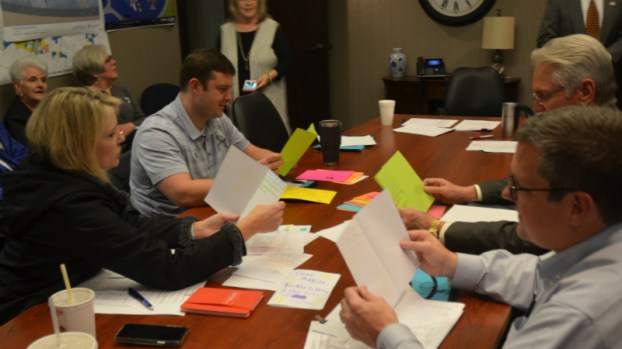 Chelsea officials read letters from students and teachers thanking them for education grants that have been awarded. (REPORTER PHOTO/STEPHEN DAWKINS)

CHELSEA – Students and teachers at Chelsea schools showed their appreciation for grants from the city by writing notes to the mayor and City Council.

Chelsea officials read the notes from Chelsea Park Elementary School and Forest Oaks Elementary School during a work session on Tuesday, Feb. 18, and then Mayor Tony Picklesimer gave an update on the grant program during the subsequent City Council meeting.

“Even though our sales tax is 1-cent higher, our residents and those who do business here are still doing business here faithfully,” Picklesimer said.

A committee was formed to consider requests and award grants, with projects funded so far including technology in classrooms and other needs.

ALABASTER – The city of Alabaster is now accepting applications for Place 4 on the Alabaster Board of Education. The... read more