Dunkin’ coming to U.S. 31 in Alabaster 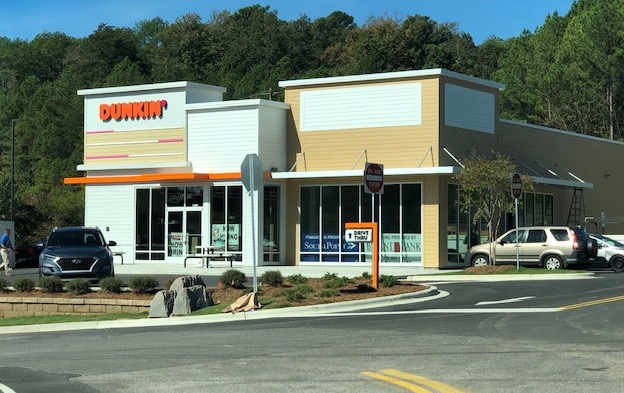 ALABASTER – A new retail development is set to open this fall on Alabaster’s Medical Mile.

Developer Tim Gully with GENREV Properties confirmed that Dunkin’ will be the development’s anchor tenant. Dunkin’ will occupy 2,000 square feet within the building and there will be a 1,500-square-foot space for one additional tenant.

“I don’t have anyone in mind yet for the second space, but that usually comes later when people see some construction going on,” Gully said. “The space is still available and I’m open to inquiries.”

The development will be located on .87 acres of vacant land on U.S. 31 between the 1022 Tower and Shelby Family Eye Care. With all necessary permits secured, Gully said construction is expected to begin in March. The total cost of the project is expected to be about $1.9 million.

“The goal was to bring a first to the market, which is why we settled on Dunkin,” Gully said. “We really wanted something that the city didn’t already have.”

In November 2019, the city of Alabaster approved a resolution outlining tax incentives for Dunkin’. The council approved an $80,000 sales tax incentive for up to five years. City Administrator Brian Binzer said the agreement expires after five years regardless of if the business has received the full $80,000 amount. Conversely, the agreement could end early if the business receives $80,000 back before the five-year mark.

Binzer said the city provides incentives for businesses on a case-by-case basis. Vacant land along U.S. 31 tends to be more difficult to develop due to some underground pipes that run along U.S. 31, the small sizes of the lots available and the fact that railroads limit the use of land.

“The city’s goal with the Medical Mile is to have more restaurants in the area that are easily accessible to people visiting the hospital as well as the doctors and nurses who work there,” Binzer said. “We’re trying to incentivize growth in the Medical Mile.”

Currently, the city doesn’t have enough food establishments to satisfy market needs, Binzer said. Although more food options are needed, Binzer said the city still aims to be conservative when it comes to providing incentives.

“We definitely didn’t want to drag out the agreement to 10 years or allow too much of a tax abatement,” Binzer said.

The Dunkin’ franchisee, Bluemont Group, is based in Knoxville, Tennessee and has 42 other Dunkin’ locations throughout the southeast.