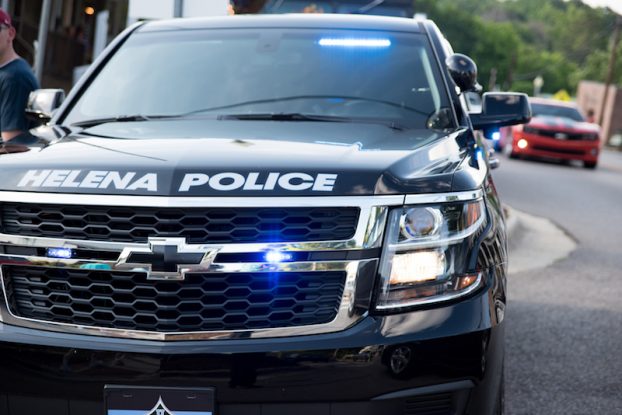 Three car thief suspects were apprehended in Helena on Tuesday morning, Feb. 25, after allegedly stealing a car in Alabaster. (File)

HELENA – Three car thief suspects have been apprehended by the Helena Police Department after an early morning chase ended with the three suspects fleeing on foot following a car crash.

According to the Helena Police Department, the individuals stole a car in Alabaster and around 4 a.m. were spotted by HPD before crashing their vehicle and taking off on foot.

Shortly after the search began, the suspects were spotted running into a wooded area, according to HPD.

After a 15-minute break of tips from people in the area, the Helena Police Department got a tip that one of the suspects was spotted off River Crest Lane in the Old Cahaba neighborhood.

The search then quickly began for a black male wearing light pants and a black jacket. Shortly after, HPD announced on Facebook that the first suspect reported near Old Cahaba was apprehended.

That began a domino effect, as shortly after, the Helena Police Department announced the second suspect had been captured off Shelby County 17 in the Brandywine area and then the final suspect less than an hour later was apprehended off Coalmont Road on Benton Street.

The alarming morning for Helena residents came a week after HPD posted to Facebook about at least two suspects canvassing neighborhoods to commit thefts in which two automobiles were stolen.

Helena Police Department pleaded with residents to lock their doors.

“We ask everyone to lock their vehicles and to call police if you see anyone who appears suspicious, especially in the early morning hours,” HPD said on Feb. 19. “Thieves are targeting unlocked cars and cars with keys left in them.”

It’s unclear at this time if the crimes are related.

Imagine you are asleep with a resting heart rate of about 40 beats per minute, and in less than five... read more