PROFILE: LaKesha Williamson’s ministry is putting supplies into the hands of those who need it most 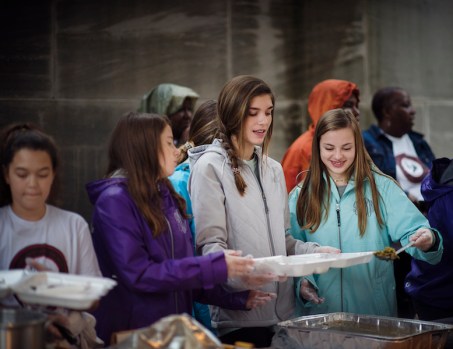 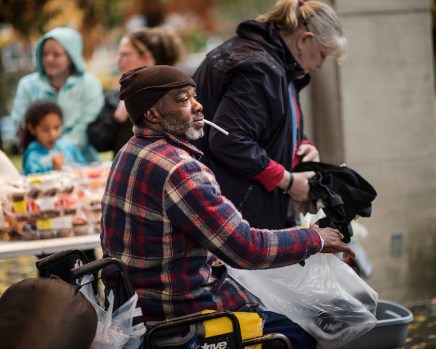 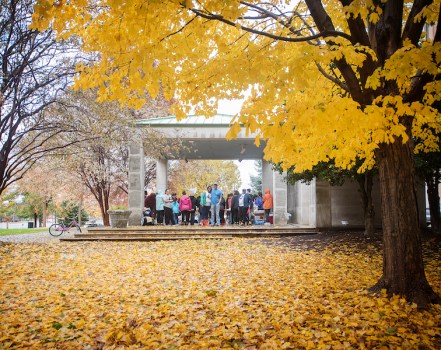 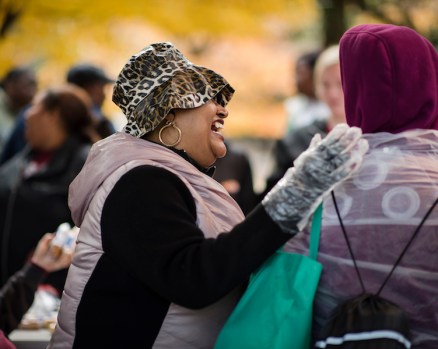 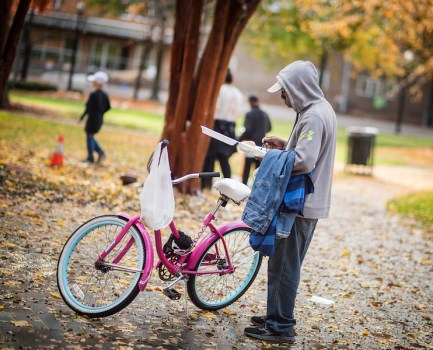 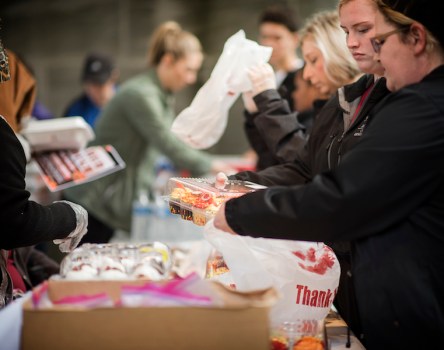 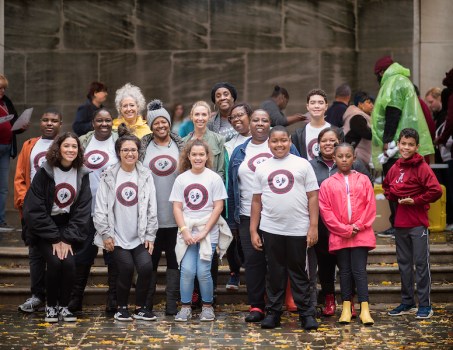 Check messages. Open delivered boxes. File receipts from past orders. Schedule sorting day. Call Wanda about donations. Review distribution numbers from last serve day. What’s left to do before Saturday? Thoughts and questions are scrolling through LaKesha Williamson’s mind even before she arrives home from work in the late afternoon. Like a one-woman relay team, she crosses the finish line of a full day’s work as an advocate for sexual assault victims at SafeHouse Shelby County, only to leave the starting line of another night dedicated to the homeless ministry she founded in 2019. LaKesha works, works some more and then serves on the weekends. Rest is an afterthought.

She goes without rest because she knows there are people only miles away from her who are going without food to eat and a roof over their heads—and she desperately wants to help them. “I used to come in contact with somebody homeless and was hesitant or standoffish, probably because of fear,” she says. “I’ve done a 360. Now, it’s like I’m drawn to it. It’s always been in me to help people, but about two years ago when we started doing a sock drive downtown at Christmas, I knew my heart was totally toward homeless ministry.”

LaKesha’s experiences from a mission trip to California in 2018 further solidified this calling she felt toward homeless ministry. Her small group from Church of the Highlands in Alabaster delivered meals to people unable to leave their homes, passed out toiletry bags to the homeless and ministered to whomever they could on the streets of Los Angeles, and in the midst of it the tagline “hands and feet of Jesus” came to her as a summation of their efforts. They were trying to meet people’s immediate physical needs and, in the process, pour hope into their lives.

LaKesha returned to Shelby County with a shift in perspective and a yearning to continue the mission locally. She knew the concept of meeting people where they are geographically to render help could be applied to any area where homelessness is prevalent, especially in cities like Birmingham. And when she started to make plans for her ministry, she knew exactly what its name would be. Hands and Feet of Jesus achieved nonprofit status in April 2019, allowing all donations to be tax deductible.

Under LaKesha’s steadfast leadership, the ministry gives out 150 to 200 bags filled with donated toiletries such as soap, deodorant, hand sanitizer and lotion to the homeless on the fourth Saturday of every month. Volunteers help LaKesha assemble the bags at her storage unit in Calera on weekday afternoons prior to serve days, where she and about 20-30 of her volunteers distribute the bags and other supplies to people in downtown Birmingham. They normally set up at public parks to distribute the bags, but if LaKesha has learned anything in the past year, it’s that not everyone who needs something will find the group. Sometimes, the group finds them. Meets them where they are, on their terms, no questions asked.

One day, the group encountered a man who was sweeping the ground under a bridge. The man told them he was cleaning up because that’s where he lived. They had a sleeping bag and supplies ready to give to him. “It’s heartbreaking,” LaKesha says, adding, “They are the most humble people. I could give a man a pair of socks, body wash and a can of Vienna sausage, and it’s like I fed him at Golden Corral.”

She and other volunteers have started to go downtown on Sunday evenings to hand out supplies as they drive around. She keeps a stash in her car all the time, just in case. Sometimes after church she and her son buy a batch of cheeseburgers to pass out. They watch weather forecasts and make sure they give out hats, gloves and blankets ahead of cold weather. “It’s more people who are in need but who are not chronically homeless that come by our serve day,” she says of the Saturday events. “I have found by us just randomly going down there…we can give sleeping bags to somebody who really does live on the street.”

LaKesha sees the effectiveness of the Saturday serve days, too. The team started out taking about 100 prepackaged toiletry bags, but the demand doubled this past summer. “Sometimes, we even run out of bags,” she says. “We will need more items to be donated.” The Amazon.com wish lists she made of items people can purchase and donate to the ministry have been a big hit. The best part is the items ship directly to LaKesha. “I have two big boxes of sleeping bags and blankets in my living room right now, and I’m just waiting to give them out.”

One of LaKesha’s prayers as she worked to get the ministry off the ground was for God to show her somehow that she was doing what he wanted her to do. She got confirmation in how easily she achieved nonprofit status for the ministry. Within two months of filling out and submitting the paperwork, LaKesha got the good news. “People were like, ‘This is unheard of,’” she says of the quick turnaround. “I feel like if it’s meant to be, God will make it happen. All you have to do is take the first step.”

She says she prayed for the financial aspect of the ministry to work out, too. “I said, ‘God, I will not pay anybody for something you’ve given me wisdom to do. I’m not going to pay somebody to do something you will talk me through.’” And Hands and Feet of Jesus has been able to pass out supplies every month since January 2019 with donations alone. Private and corporate donors have contributed generously and consistently to the organization. LaKesha was even able to purchase an SUV to pull the supplies trailer using Facebook fundraising donations totaling $3,500. “I can pray about something and wake up the next morning and somebody has donated,” she says. “If I just put the word out there, people respond. It’s been awesome. That lets me know I’m doing what I’m supposed to be doing.”

The past year has not been all smooth sailing for LaKesha, though. Running a nonprofit on the side of working a full-time job has been a learning experience in itself. “I have to take mental health days,” she says. “I was dealing with anxiety pretty bad. I just had to learn how to balance it all, along with my family too. Now I have people I can delegate stuff to. I don’t have to worry about doing it all.”

Wanda Naylor, LaKesha’s aunt, says LaKesha is always working and thinking about the next serve day. At a free Thanksgiving dinner the ministry held at Kelly Ingram Park on in November, for example, Wanda says LaKesha was constantly looking around to make sure everyone was getting what they needed. “She’s just awesome. She wanted to really make sure that everything was going right, that everybody was being fed, that they got what they needed. She’s very hands-on.”

Wanda has been an integral part of the ministry as an avid volunteer and supporter of LaKesha’s vision. “I tell her all the time that I am so proud of her,” Wanda says. “I have always wanted to do something like this, but I never knew how to go about doing it. She has really done good, and the Lord has just been blessing us.”

LaKesha’s long-term goal is for Hands and Feet of Jesus to have a building where the group can invite people to come and eat and relax. She also wants to be able to purchase 100 bus passes to hand out with the toiletry bags. And if the success of her efforts thus far are any indication, the ministry likely will not only meet but exceed these goals. She will just need reminders from her aunt, her mother and anyone else who knows her to stop and rest once in a while.