A Columbiana man convicted on multiple first-degree robbery charges in Shelby County in 2012 is scheduled to receive a parole hearing on March 11.

Michael Blain Brasher, 36, was sentenced to 20 years in prison after pleading guilty to felony first-degree robbery in 2012. 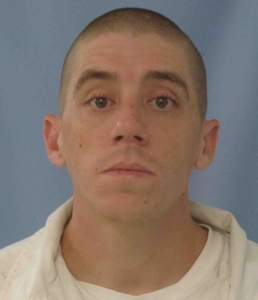 Brasher has served about seven-and-a-half years of his sentence, according to the Alabama Bureau of Pardons and Paroles.

In 2015, Brasher was sentenced to 10 years in prison upon his conviction in a 2011 drug possession case in Jefferson County.

Prior to his convictions in 2012 and 2015, Brasher was convicted in 2008 of theft of property in Shelby County. He was sentenced to three-and-a-half years in prison but served only one year, one month before he was paroled.

Brasher had three prior adult felony convictions at the time of his 2012 sentencing, according to court documents.