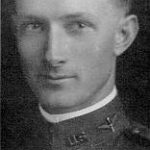 “The American Village is pleased to join the Shelby County Reporter in recognizing 2nd Lt. William Calvin Maxwell as Veteran of the Week,” American Village founder and CEO Tom Walker said. “He is representative of the hundreds of thousands of Alabamians who have risked it all for the sake of our country and its freedom. To all veterans we owe a debt we can never fully repay.”

Lt. William C. Maxwell was born on Nov. 9, 1892, in Natchez, Alabama. In 1917, he joined the U.S. Army Air Corp while he was an ROTC student at the University of Alabama. He was commissioned in April 1918 and eventually assigned to the 3rd Aero Squadron in The Philippines. On Aug. 12, 1920, his DH-4 bi-plane suffered engine failure. Attempting to land his plane in a sugarcane field and to avoid a group of nearby school children he diverted his plane and collided with a sugarcane tree, which had a flagpole behind it. He was killed instantly. On the recommendation of his commanding officer, Major Roy C. Brown, the Montgomery Air Intermediate Depot in his home state was renamed Maxwell Field on Nov. 8, 1922. Today Maxwell Air Force Base in Alabama is an important and critical component of the U.S. Air Force and is the home to the Air Force ROTC program.