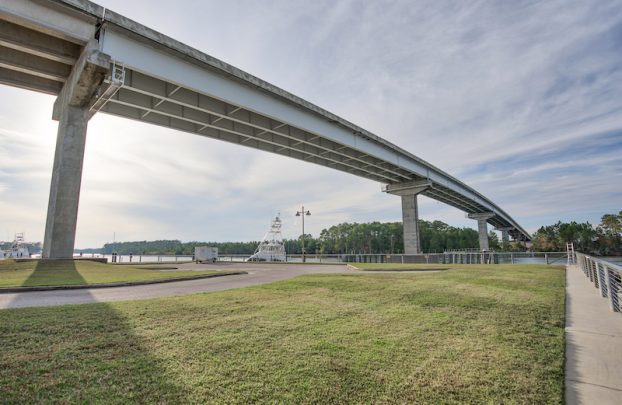 The Shelby County Commission will vote on the proposed Coosa River Express on Monday, March 23, to determine whether the project will move forward or not. (File)

Just more than a week after a public involvement meeting where an estimated 500 people were in attendance to voice their displeasure or support for the Coosa River Express Toll Bridge in South Shelby County, the proposed bridge will now go to the Shelby County Commission for a vote of approval or denial on Monday, March 23.

Talladega County voted unanimously in January to approve a license for the project, making Shelby County’s approval the missing piece to the puzzle.

If the Shelby County Commission votes to deny, it will end there, but if the vote is in favor, the developer of the project would have to secure 13 environmental permits that could take anywhere from seven months to a year according to Tim James Sr., who is proposing the bridge.

“The Coosa River Express is a project that I looked at many years ago when we were developing the Foley Beach Express in Baldwin County,” said Tim James Sr., who is proposing the bridge. “Over the years, the timing wasn’t right, but now it is.”

It’s a project that has received positive and negative feedback from those throughout the southern part of Shelby County with several residents near the Coosa River and Lay Lake against it and others for it, including Calera Mayor John Graham.

According to James, the privately funded project—estimated to cost between $30 million and $40 million—would involve the construction of the bridge, four to five miles of new roadways and improvements to existing roadways.

But the community is divided on its support.

Long-time Columbiana resident Aubri McClendon said at the recent public meeting that she and many others who live in Perkins Landing, near where the proposed bridge would land on the Shelby County side of the river, are opposed to the project.

On the other side of the aisle, residents like Sarah and Edwin Atchison are proponents of the project, particularly the proposed road improvements in Shelby County.

“I see it as progress, and with the road system, I think it’s going to be moving forward,” Sarah Atchison said. “That’s the best thing I heard about it. This is past due, and I think it’s a good thing.”

While there are two sides to the argument, the commission’s vote will be the ultimate determining factor.

The meeting will take place in Columbiana on March 23 starting at 6 p.m.

To view the developer’s project documents, go to ShelbyAL.com/DocumentCenter/Index/318.

Comments regarding the proposed project can still be sent through the online comments form at ProposedTollBridge.shelbyal.com.

By ALEC ETHEREDGE | Managing Editor As rain moved through Shelby County on Monday, Feb. 10, the area was put... read more