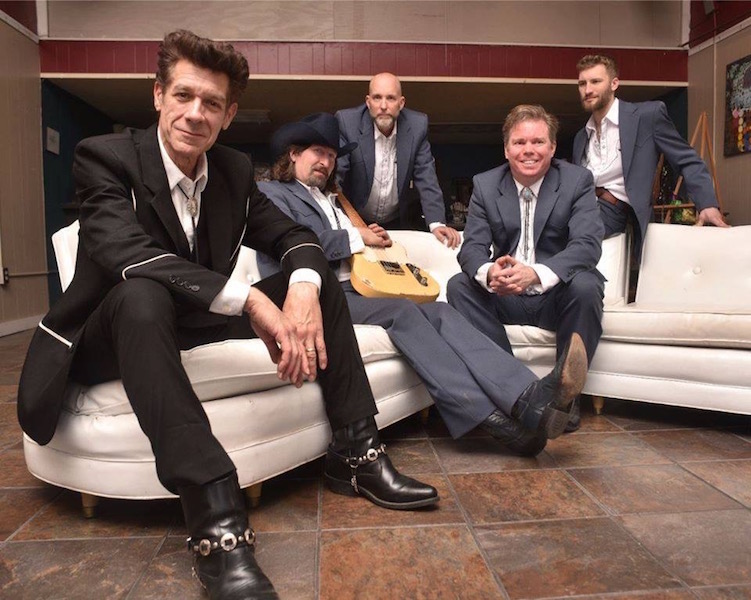 Johnny Cash tribute singer Leif Bondarenko will be bringing his band, CashBack, to the Black Box Theater in Columbiana on March 7 to put on a show that will take its audience back to yesteryear.

Bondarenko, a musician his entire adult life, hasn’t always been the front man when it comes to his music. As his fellow musicians began to hear his voice a decade ago, friends both on the road and in his hometown Episcopal church began to push him to the front of the stage. This was a big motivator and confidence builder for Bondarenko, who as a drummer usually found himself behind the rest of the band.

His naturally deep voice led him to the music of Johnny Cash. Between gigs, he began learning the rockabilly icon’s songs one at a time until he’d built a strong repertoire of songs. But it wasn’t just Cash’s voice that drew him into the music.

“Cash was upfront about not being perfect. He sang about everything from sin to salvation, past and present, and was always an advocate for the underdog,” Bondarenko said.

In 2018, Bondarenko stepped out from the back of the stage and into the spotlight as he organized the first three-member rendering of the tribute band now known as CashBack.

In just two years, the band has grown to include such accomplished musicians as Gary Edmonds, Eric Onimus, Adam Guthrie, Tommy Bowen and Lannette Brasher, who brings the June Carter element to their show.

Unlike most lead singers, Bondarenko does most of his show as a standing drummer at the front of the stage so he can sing, too.

Having the drums at the forefront makes for a lively, foot-stomping party, but he is backed up with the sounds of some rocking guitars and brass.

The Black Box Theater, part of the Shelby County Arts Center at the Old Mill Square facility in Columbiana, may be the perfect place for a tribute show to the Man in Black.

The theater seats 200 guests, giving it an intimate feeling that is perfect for a night of story and song like the show that CashBack promises.

With fantastic acoustics and set in a small historical town, Johnny Cash himself would surely approve of the opportunity for such a good show. And that is what Bondarenko hopes for: to do justice to the icon’s legacy.

“At the end of the day, we strive to put on a program that Cash’s family would feel good about if they were to see it,” he said.

To get your tickets to what is sure to be a sold-out show, and to learn more about the Black Box Theater, go to Shelbycountyartscouncil.com.

CashBack is a Birmingham group that is on its way up and will soon be touring nationally.