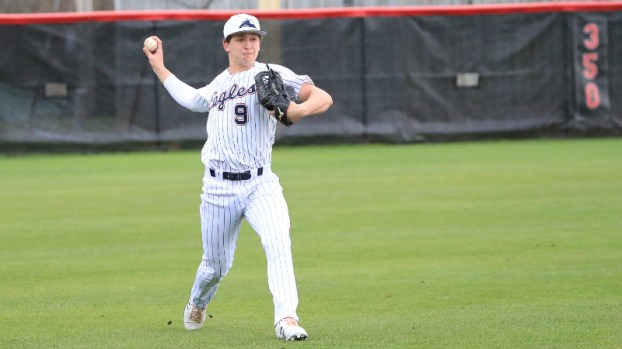 In a 6-1 win in the first game of the day, the Eagles (7-4) scored at least one run in each of the first three innings to put the game away.

Cole Sester shut down the James Clemens bats the whole game, allowing only one run on four hits while striking out three in seven innings.

Sester gave himself all the support he would need when he drove in two runs at the plate with a single in the bottom of the first inning.

The Eagles added one run in the second inning and, after James Clemens got on the board with its run in the top of the third, OMHS answered with two runs in the bottom of the third.

Stephen Moraski went 2-for-3 at the plate with an RBI for Oak Mountain.

Jake Rivers walked twice and scored two runs, while both Mitchell Pierce and Davis Gillespie went 1-for-2 with a walk and a run scored.

Gillespie and Hunt drove in the other Oak Mountain runs.

The Eagles got almost as good of a pitching performance in the next game against James Clemens but not the runs needed in a 2-1 loss.

OMHS took a 1-0 lead in the top of the fourth inning, but James Clemens scored a pair of runs in the bottom of the fifth and made them hold up.

Pierce went 1-for-1 with a walk and one run scored, while Andrew Hunt had the RBI.

By ALEC ETHEREDGE | Managing Editor PELHAM – It was a big night on several fronts for the Chelsea girls... read more