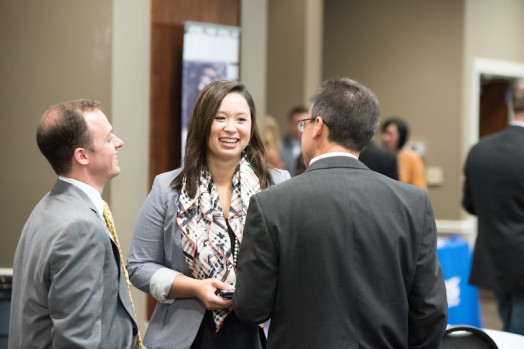 Shelby County's Yvonne Murray, managing director of 58 Inc., was honored by Girl Scouts of Central Alabama as a 'Woman of Distinction' on Friday, March 6. (File)

Murray honored as ‘Woman of Distinction’

By FAITH CALLENS | Special to the Reporter

BIRMINGHAM – On Friday, March 6, Girl Scouts of North-Central Alabama held their annual “One Smart Cookie Celebration” at the Harbert Center in Birmingham.

The purpose of the celebratory event was to recognize local women and businesses who have made a distinctive impact on the community through their academic and professional leadership roles.

According to the North-Central Girl Scouts website, there were five women being honored for the top title, known as “Women of Distinction.”

Shelby County’s own Yvonne Murray was one of the five chosen to receive the award in addition to Brooke Battle, Jenna Bedsole, Mary Elliot and Eva Robertson

They were selectively chosen for this title by their effectiveness to serve as leaders in the central Alabama community. The Women of Distinction Awards pays tribute to women who have made special contributions to their community through civic, academic or professional involvement and are exemplary role models for today’s girls.

Murray said that she was quite shocked to know she was even considered as a “woman of distinction” in the eyes of the public, even though she is known for managing Shelby County’s Economic development organization, 58 Inc.

“It always catches me off guard to be put in these kinds of things because you get in the routine of just doing your job and trying to help the community,” Murray said. “So when you get honored for something, especially when you are beside these amazing women who are leading these massive multiple hundreds of people in organizations, you really get surprised when you are recognized as a public-sector employee.”

But, she doesn’t just credit herself for the success within the community.

“I don’t think it’s anything I’ve done by myself for sure. I happen to have an amazing team at 58 Inc.,” she said. “When we came in 2017, the community really rallied around us and helped us get the organization off the ground. The Shelby County Chamber was a huge supporter in terms of helping us get connected with the community and to meet all of the leadership we needed to meet to make our work successful. So, I don’t think I set that apart by myself. It was absolutely a 100 percent team effort.”

Murray said she thinks being honored as a woman of distinction is humbling and exciting and gives her a great opportunity to increase her involvement with the Girl Scouts in North Central Alabama.

Proceeds from the One Smart Cookie Central Alabama Celebration helped to provide low income and underserved girls in local communities the same access to the Girl Scout Leadership Experience as girls in traditional troops.