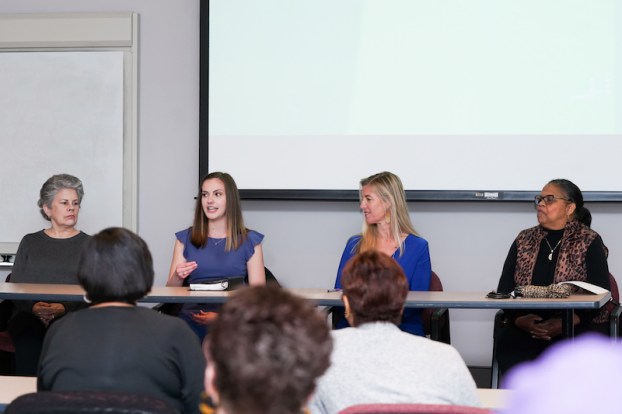 From being one of the first elementary school students to integrate during Alabama’s civil rights era to tackling large-scale renovations to multiple historic properties, four women shared stories of overcoming obstacles in their lives during a March 4 Homegrown Heroines event at the University of Montevallo.

During the event, which was held in recognition of International Women’s Day, panelists shared insights about their experiences as leaders and role models in the community. Dr. Deborah Lowry, UM sociology professor, served as moderator.

During the event, the women encouraged those in attendance to follow their dreams and never give up, regardless of the adversity they face.

“Most of the time, people who make negative comments about you are judging a path they have not walked,” Cost said. “You have to be able to make peace with the decisions you make. That’s a powerful tool.”

The women spoke about their role models and encouraged attendees to show kindness to others.

“You never know what little piece of love you put into someone will mean 10 years from now,” Davis said. “You may never be aware of how much you really impact someone.”